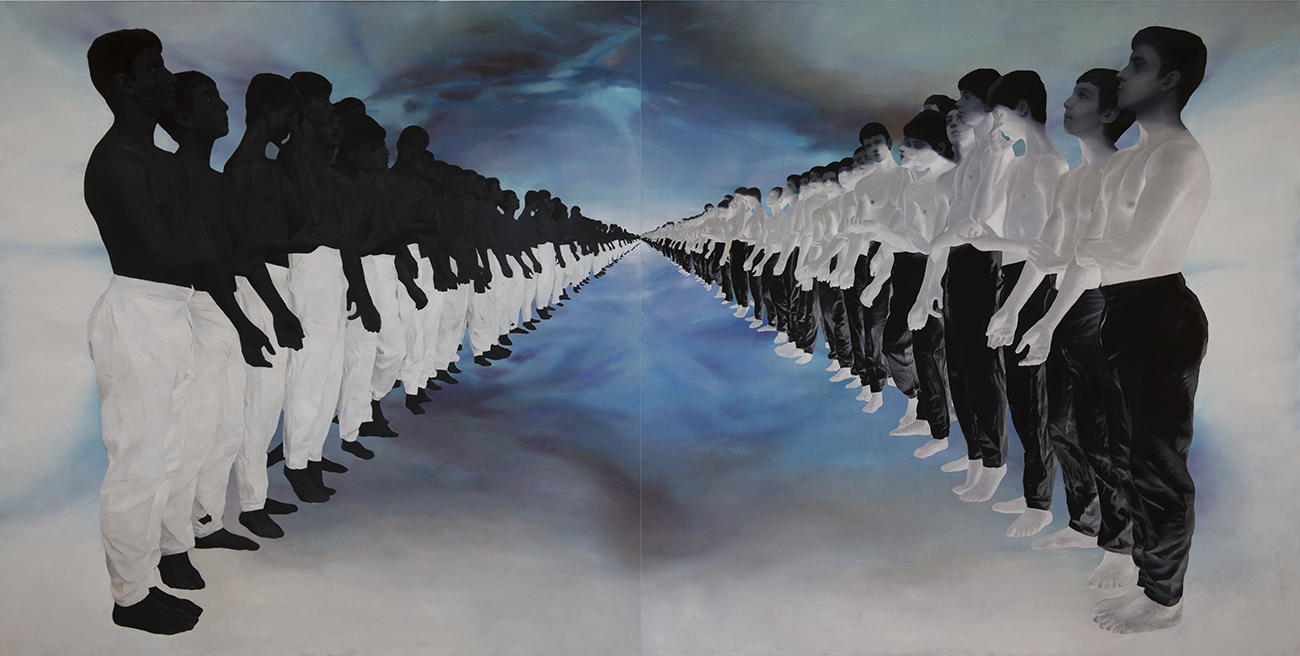 Victor Sydorenko requires no introduction. He is a renowned Ukrainian painter, curator, professor, author of art objects and photo compositions, as well as scholarly and popular texts. Victor Sydorenko is one of the most prominent figures in contemporary Ukrainian art. His interests include the key concepts of our times: memory, post-totalitarian legacy, progressively more complicated identity constructs in the contemporary world, and humankind’s prospects in the new globalized life. His research often turns to the past too, but the artist approaches our cultural legacy outside the ideological framework, with an entire arsenal of new media.

Victor Sydorenko was born in 1953 in the city of Taldykorgan (Kazakhstan). He graduated with distinction from the Kharkiv Institute of Arts and Design (now the Kharkiv State Academy of Design and Arts) in 1979. He has lived and worked in Kyiv since 1985, serving as a full member and vice president of the National Academy of Arts of Ukraine. Awarded the distinction of the People’s Artist of Ukraine in 1998. In 2001, Sydorenko founded and headed the Modern Art Research Institute of the Academy of Arts of Ukraine with the goal of comprehensive research in all areas of contemporary art. Sydorenko has been teaching painting since 2002, and received a PhD in art history in 2005.

In 2003, he represented Ukraine at the 50th Venice Biennale with the solo project Millstones of Time. In 2007, he co-curated the Ukrainian pavilion at the 52nd Venice Biennale (with Oleksandr Soloviov). Victor Sydorenko took part in many Ukrainian and international group shows, with venues including Mystetskyi Arsenal and the American House (Kyiv, Ukraine), The Museum of Modern and Contemporary Art (Toulouse, France), Galleria Forni (Bologna, Italy), Église Saint-Merri (Paris, France), Saatchi Gallery (London, the UK), Black Square Gallery (Chicago, the USA), and the United Nations Headquarters (New York, the USA). Sydorenko’s solo shows were exhibited at the National Art Museum of Ukraine (Kyiv), the Yermilov Center (Kharkiv, Ukraine), B. Voznytskyi Lviv National Art Gallery and the Lviv Palace of Arts (Lviv, Ukraine), A. Kasteyev State Museum of Arts (Almaty, Kazakhstan), the Museum of Contemporary Art Kiasma (Helsinki, Finland), Woodrow Wilson Center (Washington, DC, USA), Black Square Gallery (Miami, the USA), and other museums and galleries in France, the UK, and other countries. Victor Sydorenko’s works often appear at international auctions, and are featured in many private and public collections, including the National Art Museum of Ukraine (Kyiv), the Museum of Contemporary Art Kiasma (Helsinki, Finland), and Yale School of Art (the USA).