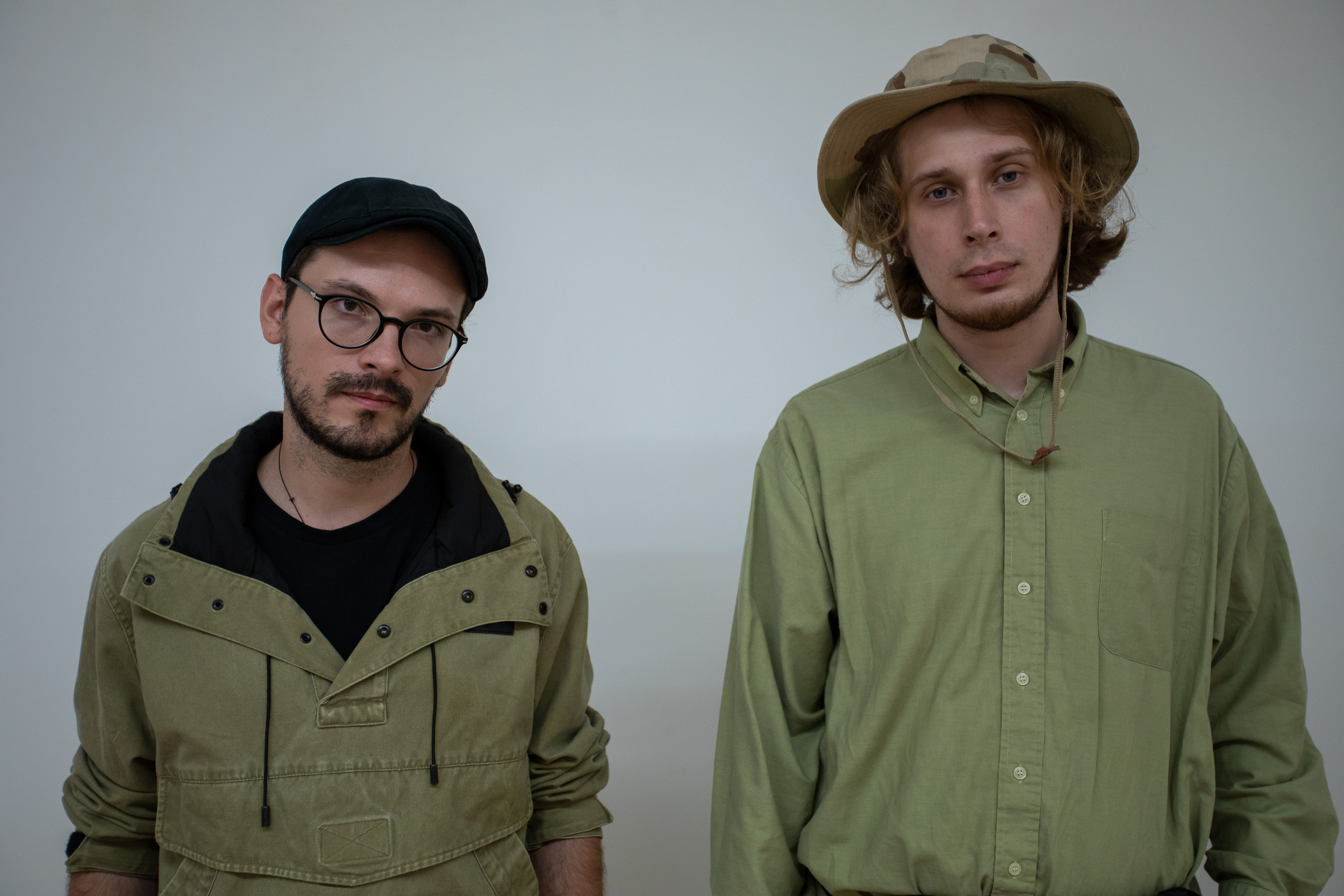 Daniil Revkovskiy and Andriy Rachinskiy are Kharkiv artists born in 1993 and 1990 respectively. Live and work in Kharkiv. Use such media as video, photography and installation. Graduated from the Kharkiv State Academy of Design and Art. In 2010, they created a VKontakte public community called "Memory" which they used to jointly explore the subject of collective memory in the post-Soviet space. Their joint work began in 2012. Took part in many projects and exhibitions, including "The war of inscriptions", OFF/FORMAT, Brno, Czech Republic (2019), "Soot", EFTI, Madrid, Spain (2019), the Second National Biennale of Young Art, Kharkiv, Ukraine (2019), exhibition of the nominees of the PinchukArtCentre Prize 2018. Holders of the PinchukArtCentre Prize 2020 public choice prize.