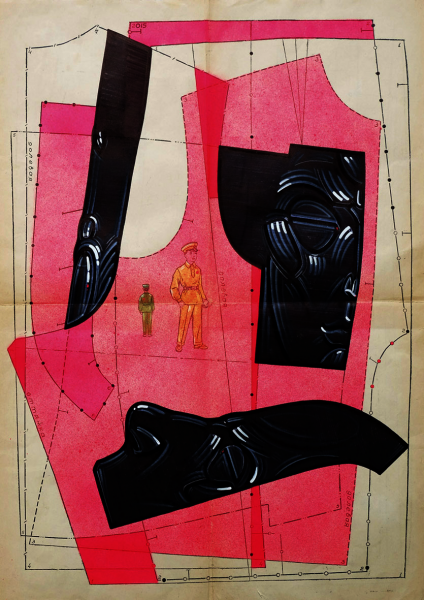 Sergii Radkevych is a muralist, who natural way combines street art and sacral themes in his works. Such combination seems to be controversial, though, Radkevych’s art is based exactly on the balance of modern frescos and graffiti. His wall paintings root from east Christian iconography. In his works the artist conjoins simplified religious symbols with geometric forms in order to create modern spiritual abstract form. Radkevych does street art and public art looking for various architectural objects that either out of use or remain in indefinite state and turning them into spiritually active space. Also, he works in painting and graphic techniques and art installation.

Sergii Radkevych was born in 1987 in Lutsk, Ukraine. He graduated from Lviv National Art Academy, Monumental Painting department. In 2011 he was awarded II PinchukArtCentre Special Prize. Nominee of the MUHI 2017 and PinchukArtCentrePrize 2017. The works of Radkevych were chosen by the artist Julian Maland for the presentation of Ukrainian street art environment in the documentary “The New Explorers” for CANAL+. Sergii is also one of the co-founders of the street art festival BLACK CIRCLE FESTIVAL. His works can be found in private collections of France, Germany, the USA and Poland; collections of International Fine Art Fund (USA) and Street Art Museum (St. Petersburg, Russia). At the moment, the artst lives and works in Lviv, Ukraine.