How Much Is Love for Art Worth?

Art Basel 2018, a week-long art fair held in the Swiss town of Basel over the last 49 years, has come to an end. What made this year’s fair memorable? What did collectors seek and buy? Which works and trends were favored by gallery owners? We tried to answer these questions, having visited the fair in person. 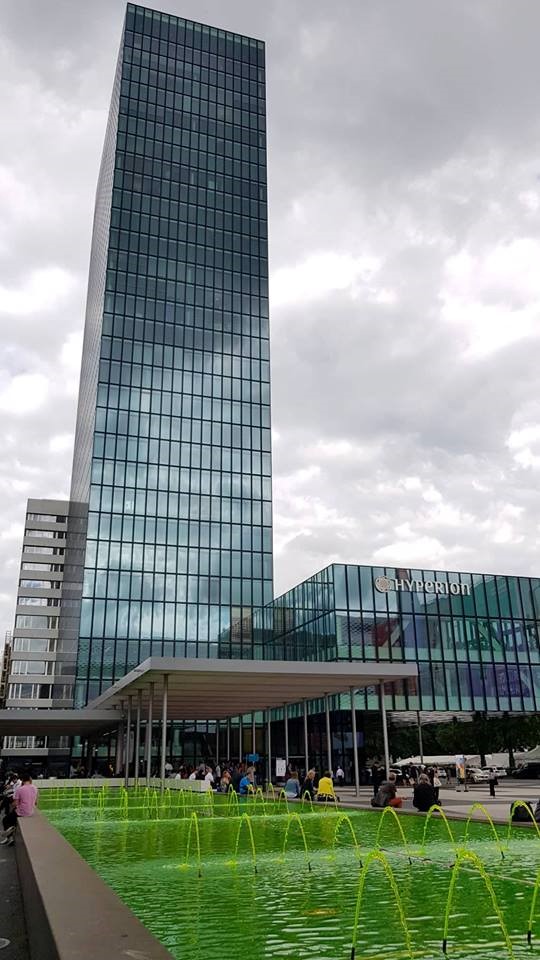 Messeplatz Square by the main entrance to Art Basel

Collectors from around the globe flocked to see the best picks by 290 galleries worldwide at one of the most prestigious art fairs, Art Basel (Switzerland), which opened its doors for early screening on Tuesday, June 12. The work of the abstract expressionist Joan Mitchell, represented by Hauser & Wirth, sold for $14m in the first hours of the preview.

It is worth noting that the case of Mitchell, whose popularity is on the rise of late, demonstrates that the works of women artists should sell no cheaper than the works of their male contemporaries (for example, Jackson Pollock, Willem de Kooning, and Franz Kline, in Mitchell’s case). All in all, we should note that Mitchell provoked renewed interest in the so-called women’s art. 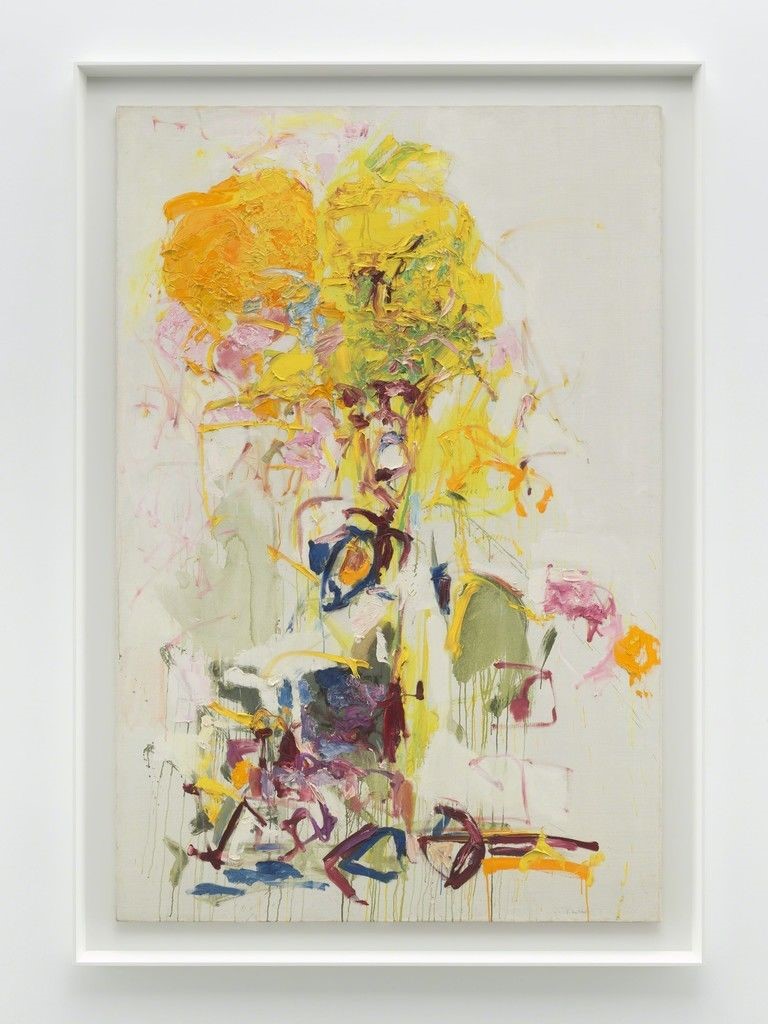 An influential gallery owner Brett Gorvy stresses that Mitchell has long been in high demand among German and Swiss art collectors, and that the new interest comes from a reevaluation of her as a representative of Abstract Expressionism, a movement heavily defined by male artists, the notables of contemporary art.

Gorvy himself described Mitchell as follows, “She’s a female artist, but she’s also an artist who’s been a time coming.” 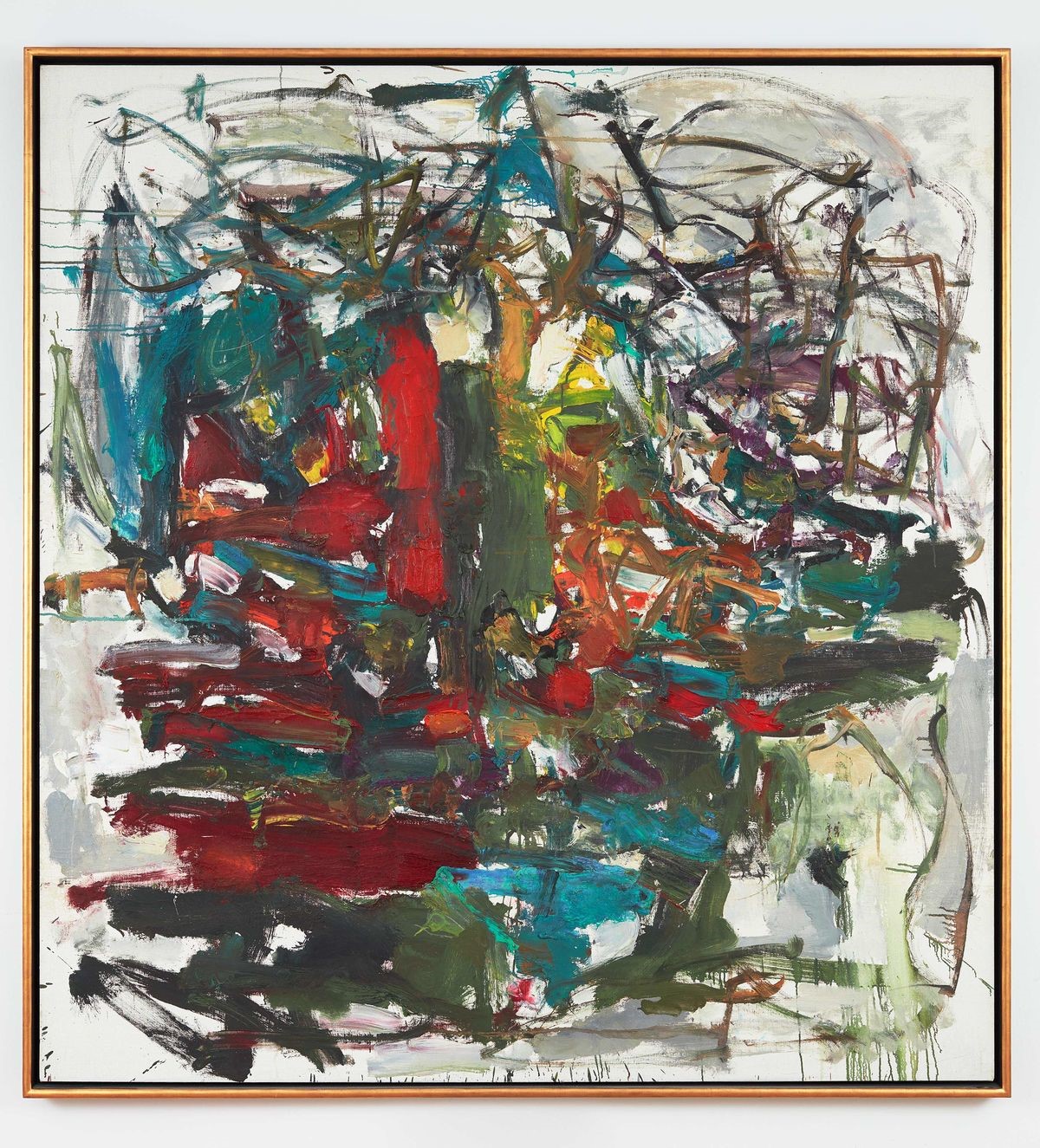 Let us list several examples that highlight the enthusiasm for Mitchell’s works.

Enthusiasm does not necessarily lead to success though. The gallery owner Richard Gray failed to sell a small untitled work by Mitchell for the relatively modest sum of $2m in the first day of the preview.

The case of Mitchell, it seems, is a perfect illustration for the general trend described by Marc Spiegler, the global director of Art Basel. Spiegler stresses that the days of the traditional model of the gallery, the so-called Castelli model, are past. At present, the connection between mega-galleries and mega-artists is far less stable. Besides, the trajectories and developmental trends between artists and institutions tend to diverge. Now none of the mega-galleries can have a guaranteed monopoly over top artists, who tend to participate in several projects across the world simultaneously.

Several other “big sales” are worth a mention too.

The Visit by an America artist Philip Guston (1955, represented by Hauser & Wirth) went for what Wirth described as more expensive than the $16 million Mitchell he sold. 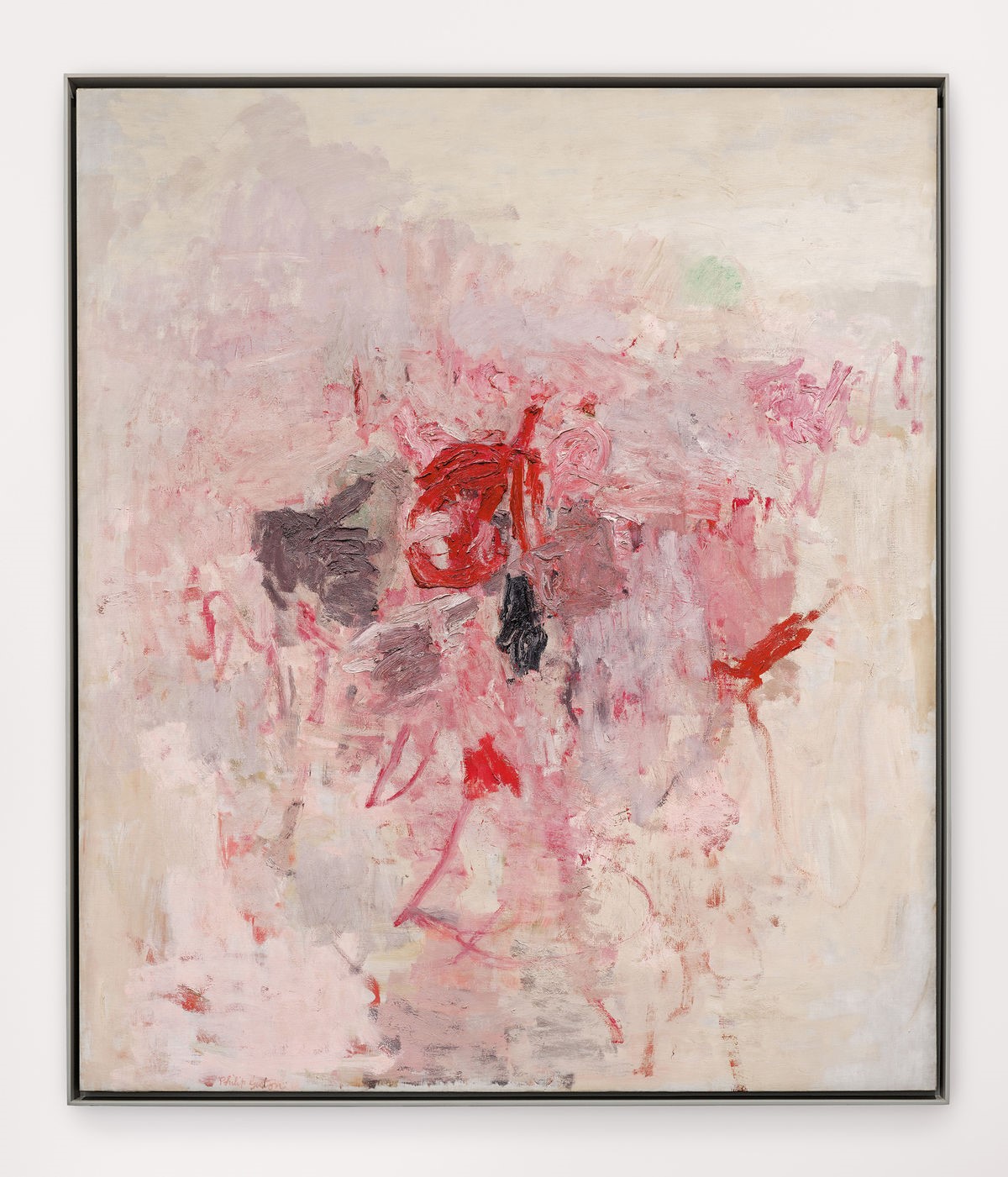 Hauser & Wirth has also sold a sculpture by the acclaimed American artist Louise Bourgeois, The Three Graces (1947), for $4.75m. 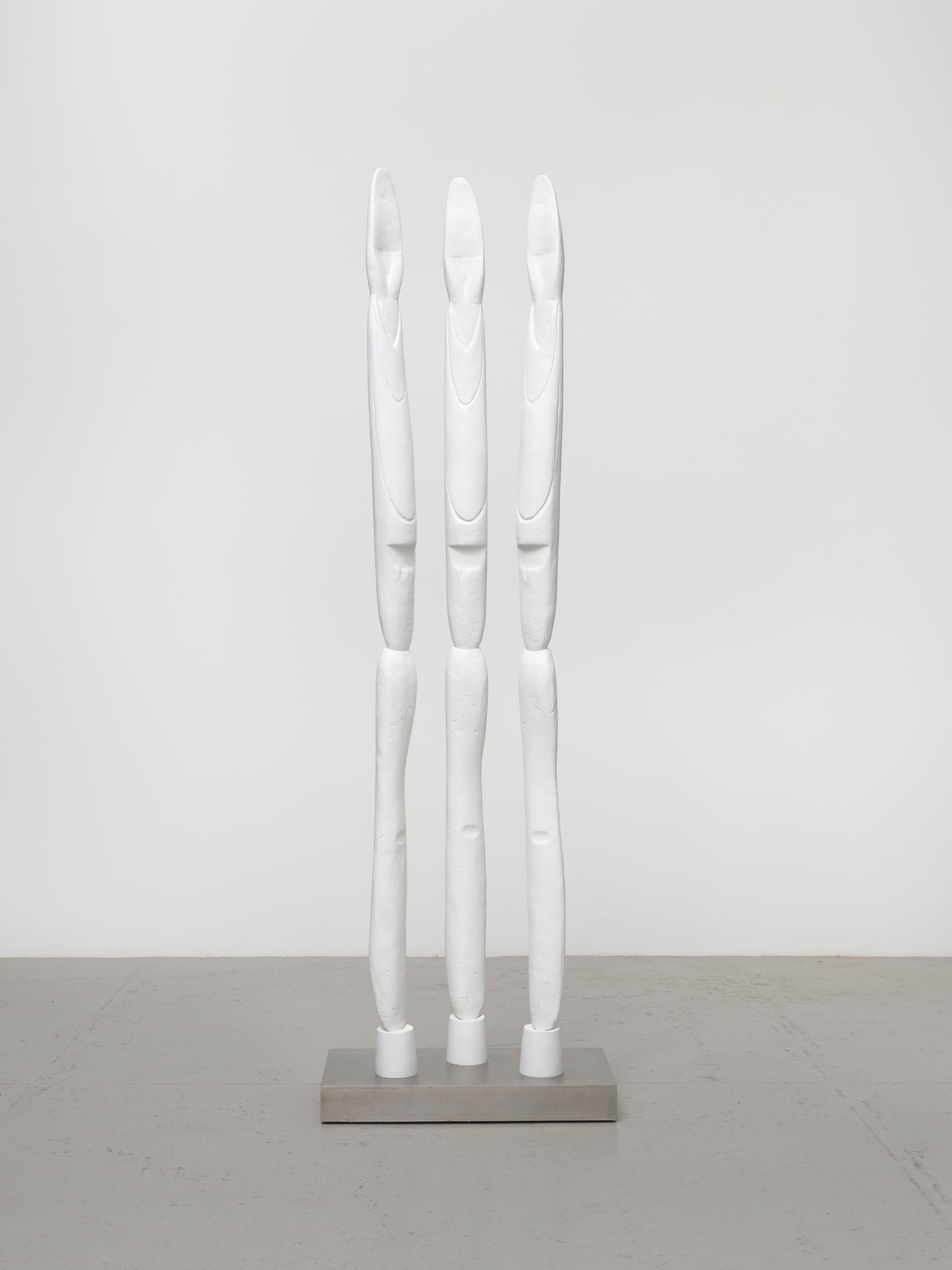 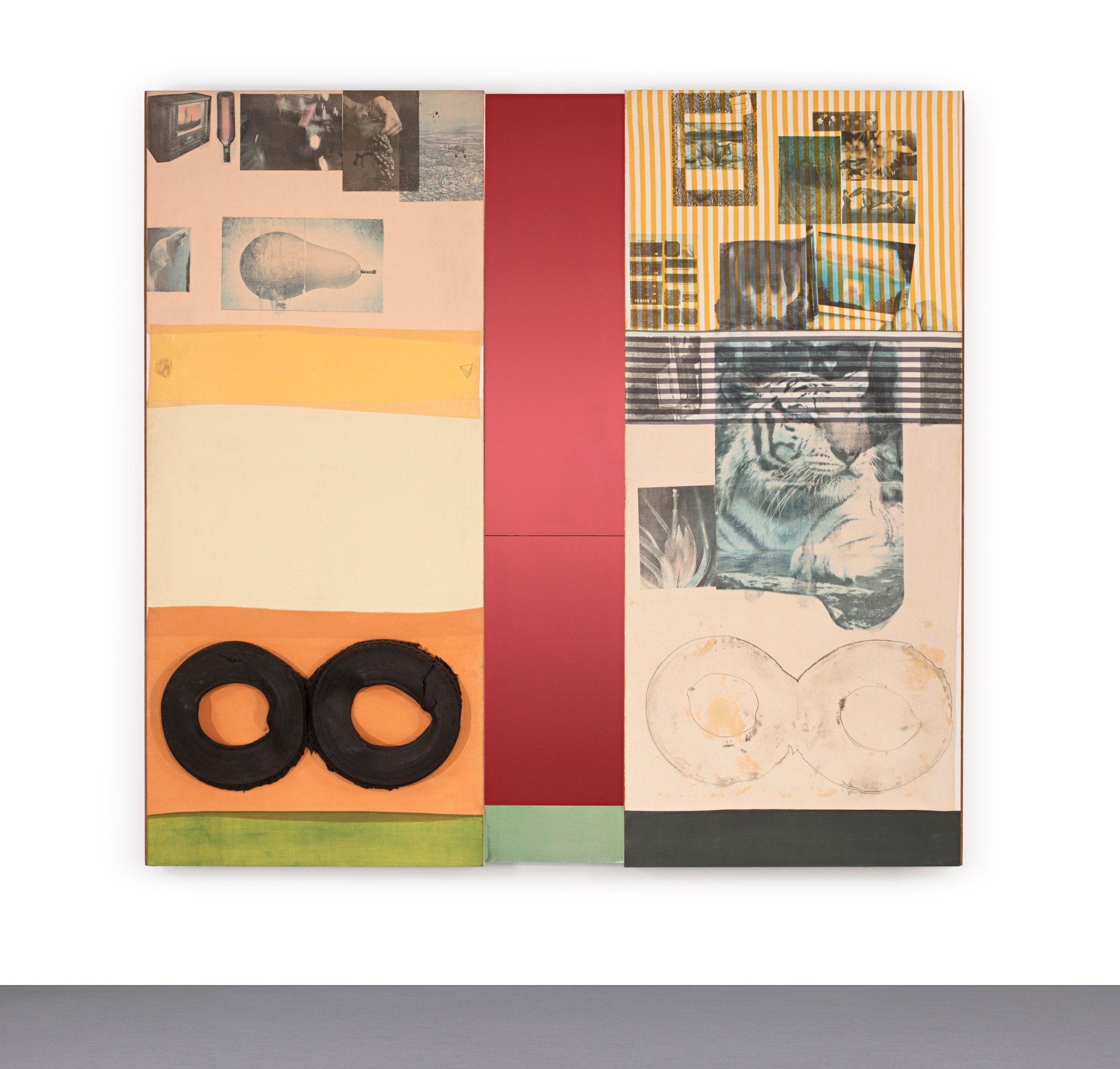 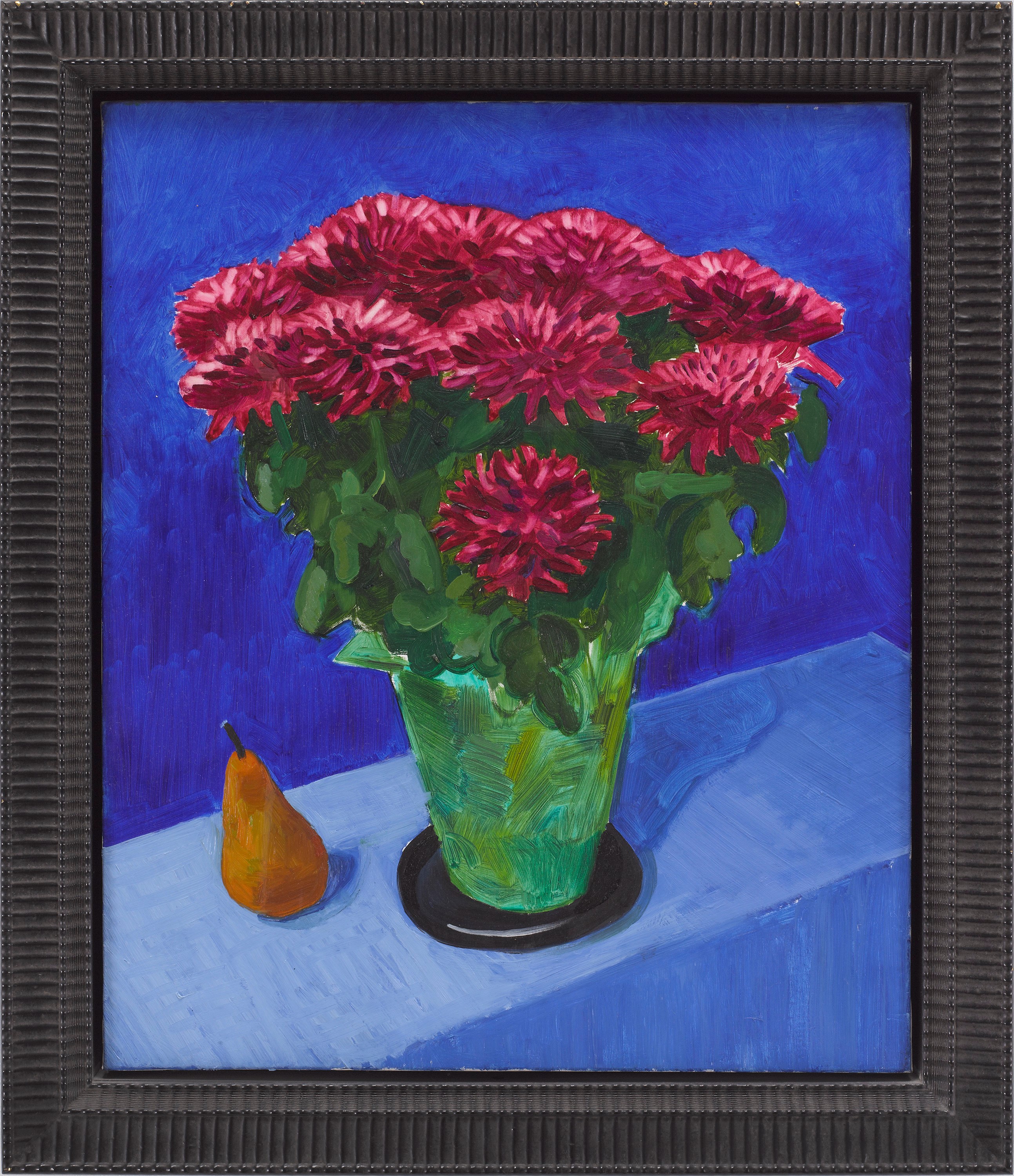 Lehmann Maupin sold McArthur Binion’s giant canvas from his ongoing DNA series for $450,000. The work was presented in the Unlimited section.

We should also note the success of Susanne Vielmetter Los Angeles Projects, which placed five works by the American artist Sadie Benning; three by Charles Gaines; one by Nicole Eisenman; three canvases of Samuel Levi Jones; and approximately a dozen of wide-format photographs by Pope.L, which went to a Vancouver-based art collector. 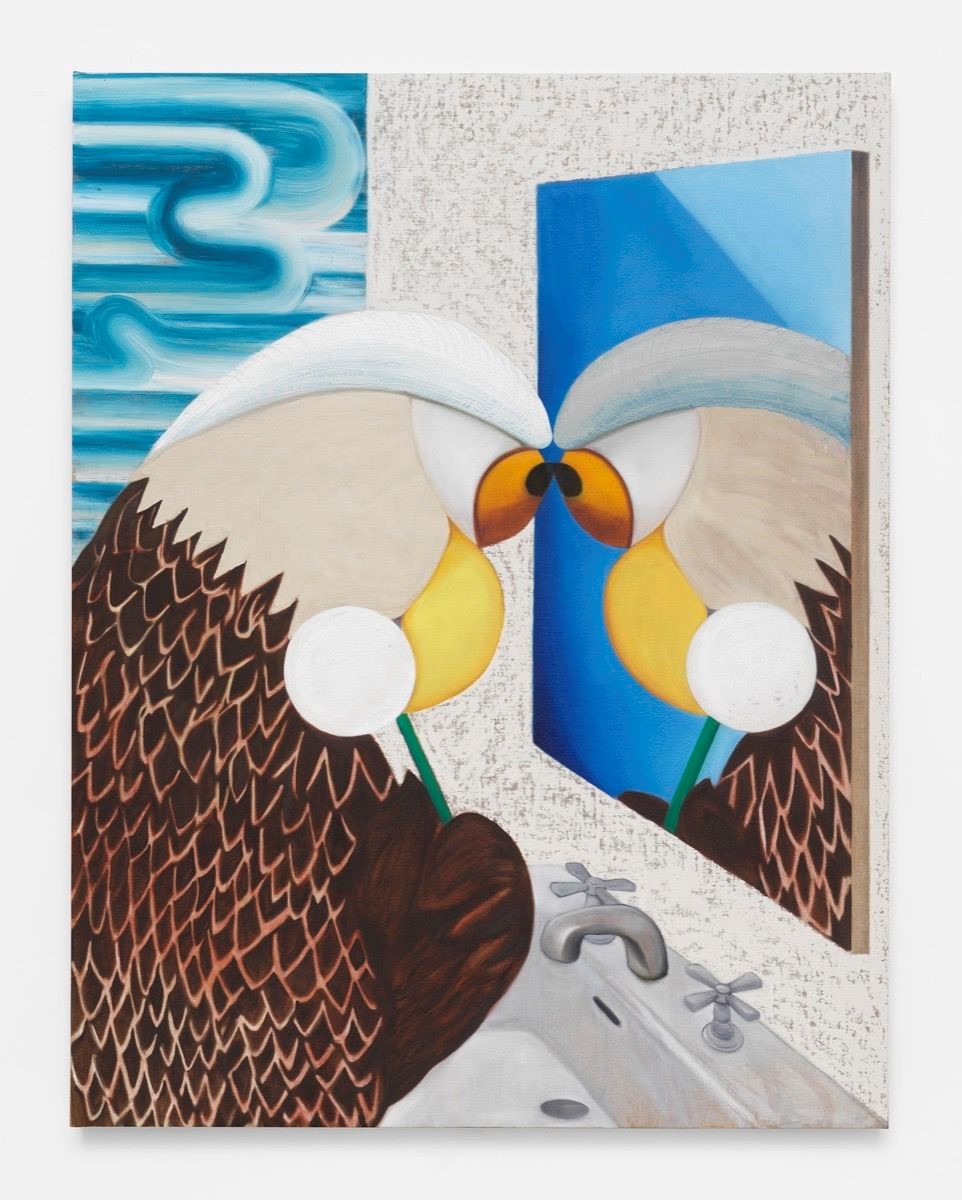 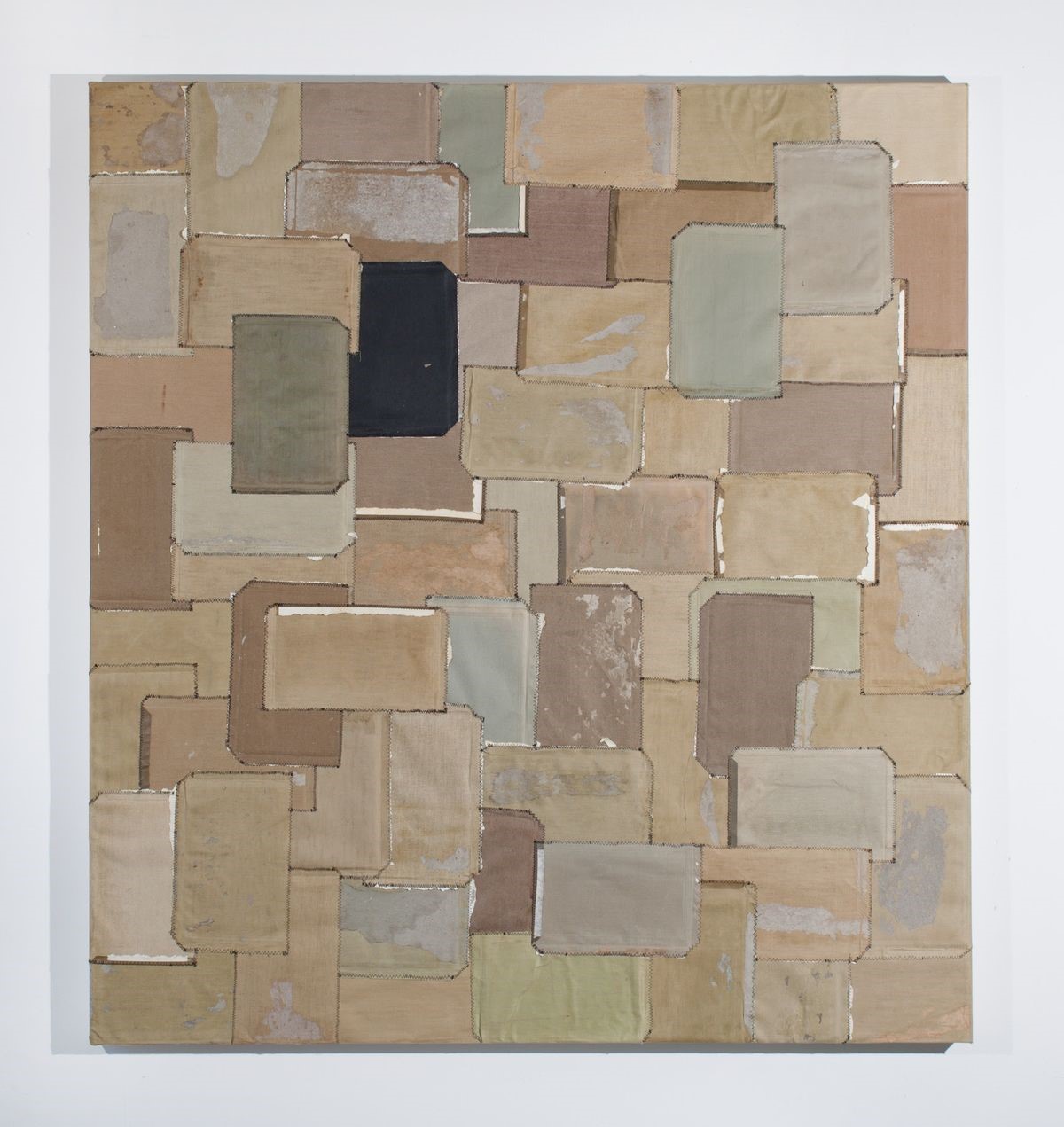 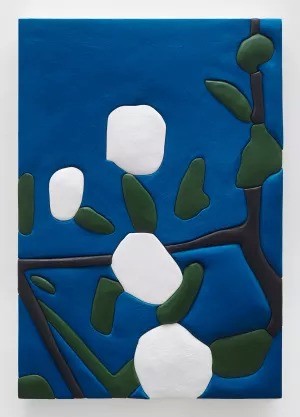 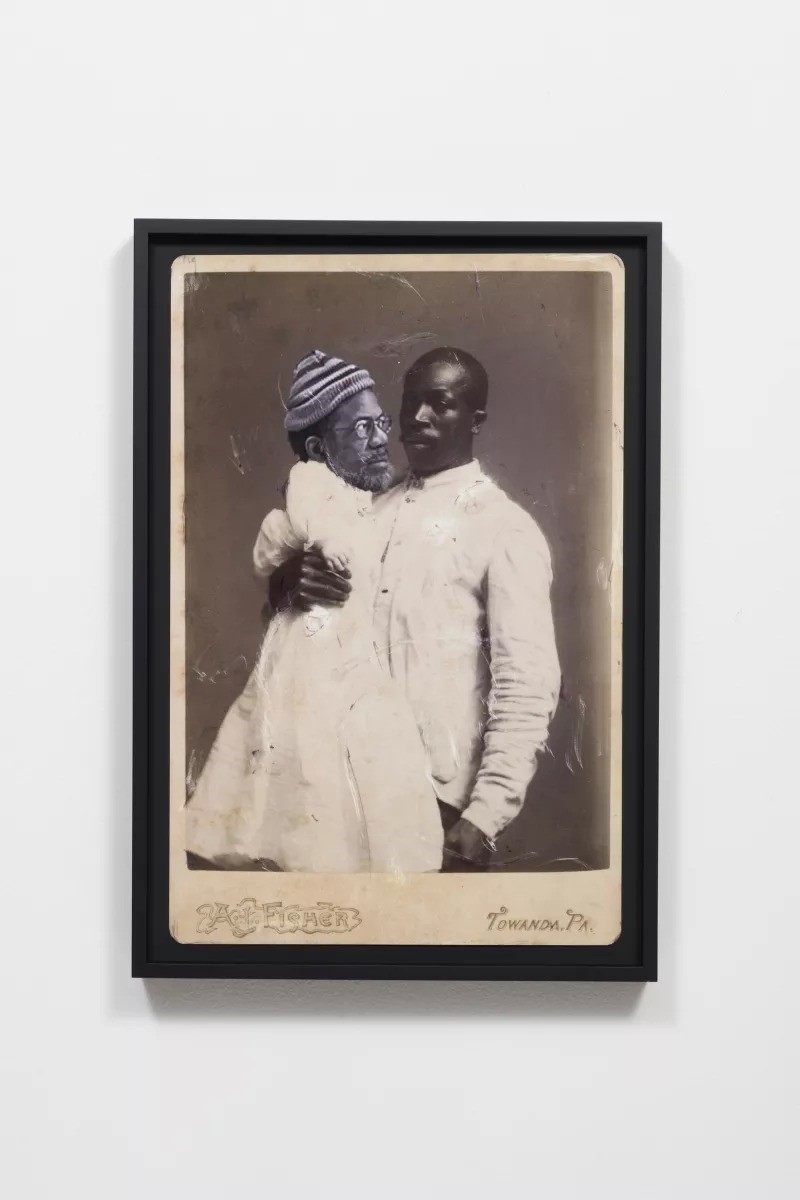 Kate McGarry Gallery enjoyed considerable success too. For example, the gallery found a buyer for three works from the Mboya Series by Samson Kambalu (2016), which sold for $20,000 each. Kate McGarry Gallery also sold several works by the American artist B. Wurtz, with prices ranging from $5,200 to $10,000. Besides, the gallery sold Octopus with Fish by the New Zealand-based artist Francis Upritchard (2017), first presented at the 57th Venice Biennale. 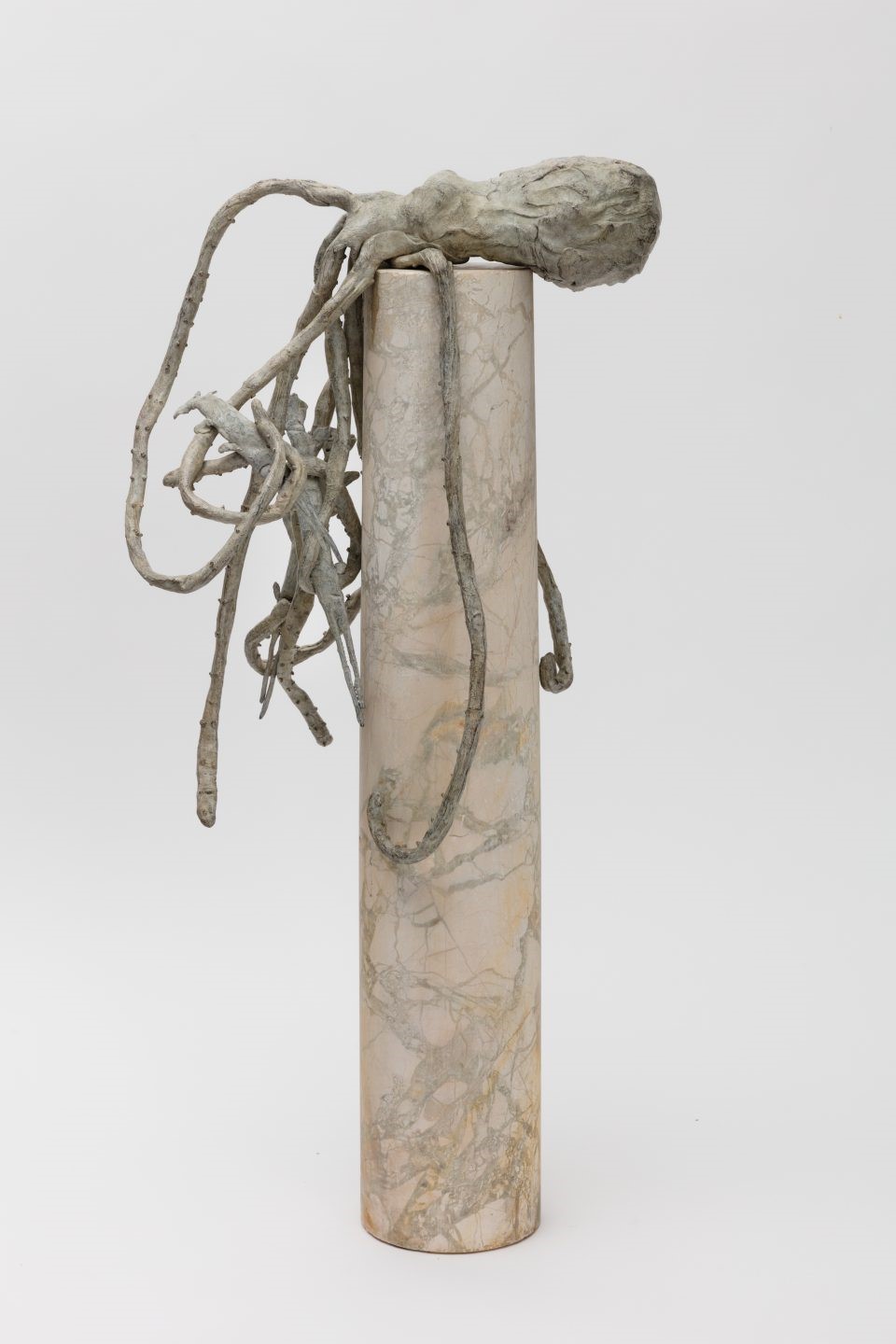 Pilar Corrias had reasons to celebrate too. The gallery sold a painting by the Iranian artist Tala Madani; a glass mosaic Zarina from a new series by the Pakistani artist Shahzia Sikander (for $90,000); several works by Ian Cheng, and a canvas by the American artist Christina Quarles.

Maureen Paley sold a painted bronze sculpture Aurelius by Rebecca Warren (2017) for $50,000 to a Spanish foundation. 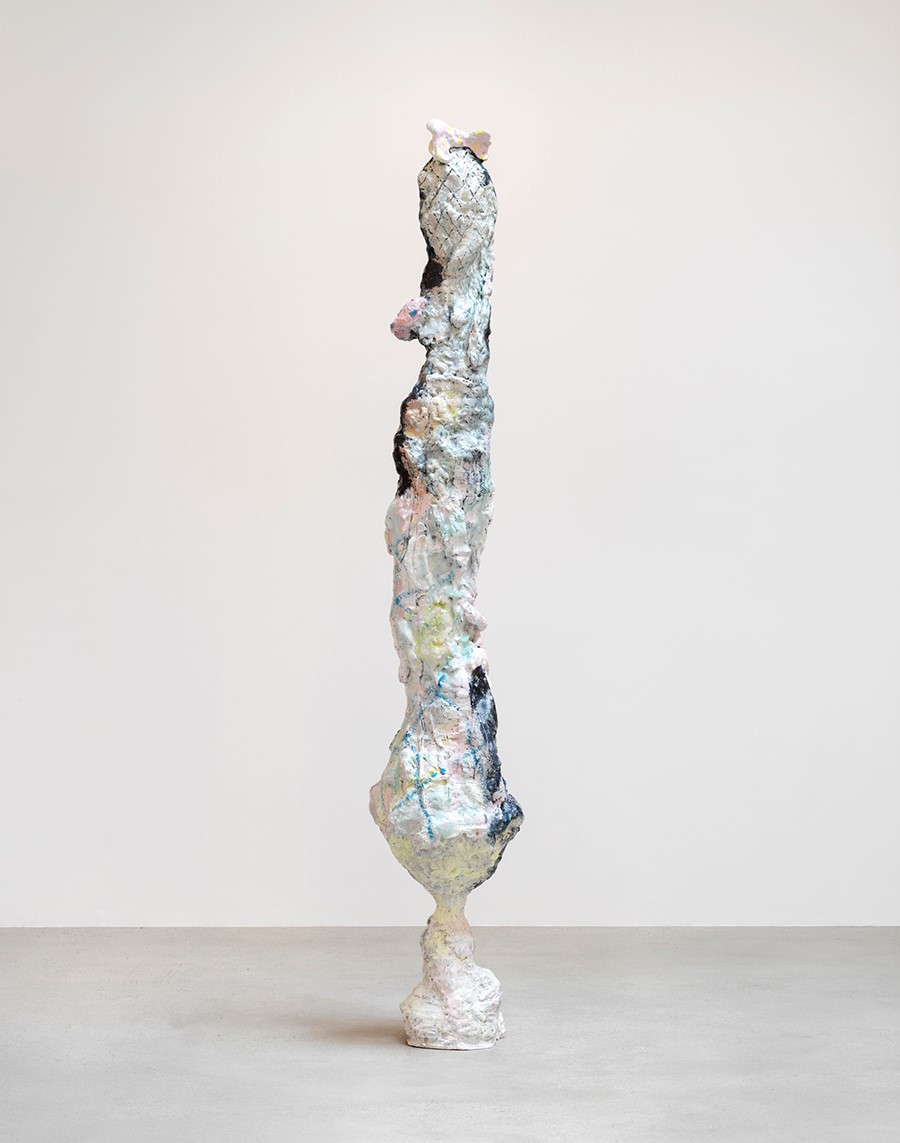 The biggest discovery of the fair for us personally was the work by the American artist Doreen Garner, Red Rack of Those Ravaged and Unconsenting. The project explores medical experiments on black women. This multimedia sculpture refers to a little known historical episode: Dr. James Marion Sims, known as the "father of modern gynecology," performed vaginal surgery on enslaved black women without anesthesia, believing that black women have higher pain tolerance. The artist stresses that race remains a factor in medicine to this day.

By hanging silicone fragments of female bodies off metal hooks and shining red light on them, Garner sets up the atmosphere of a slaughter-house, and creates an evocative portrait of the indignities black bodies suffered during medical experiments which has long been omitted by artists.

The work sold to a European art collector for $40,000 on the second day of the fair. 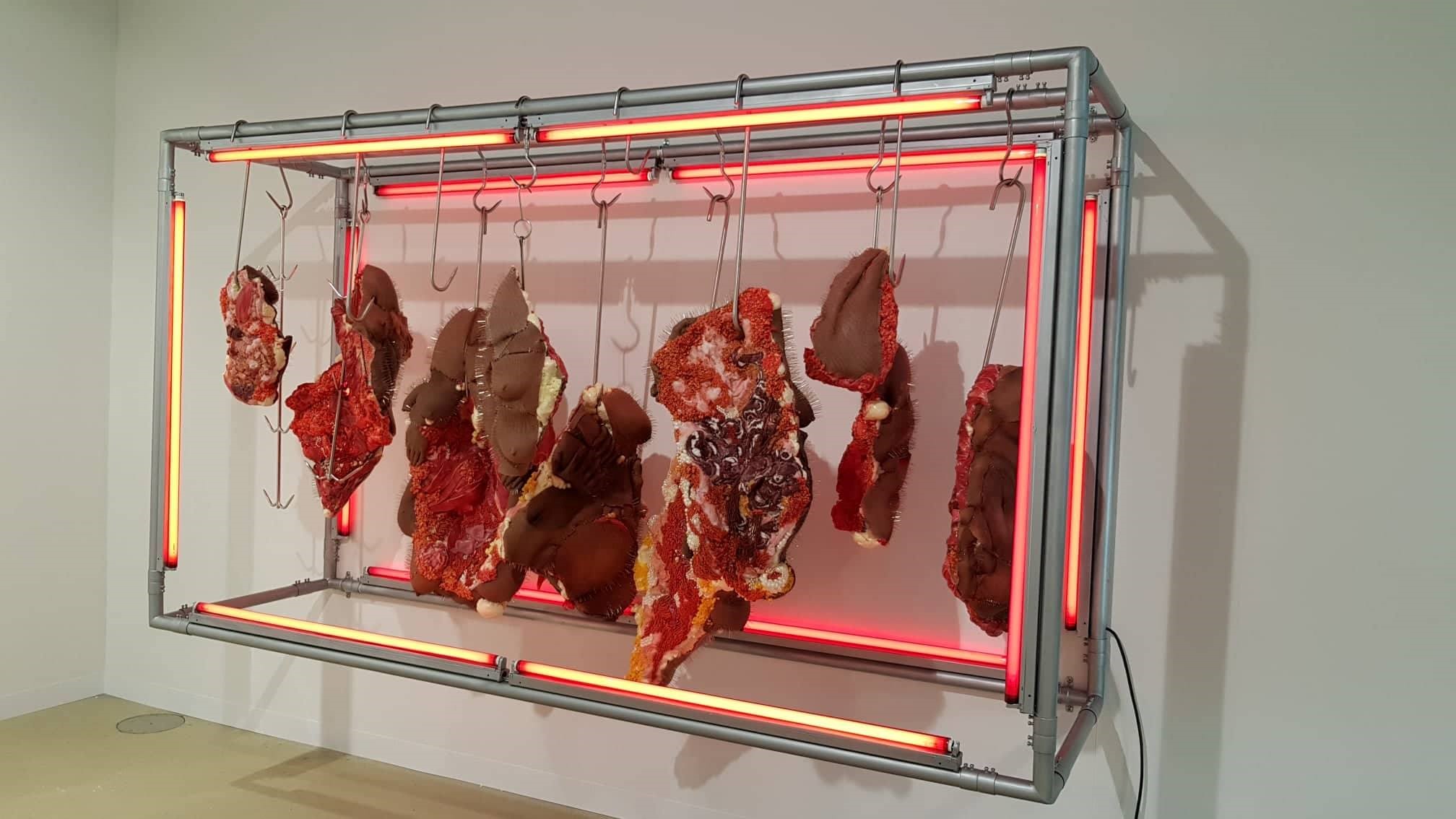 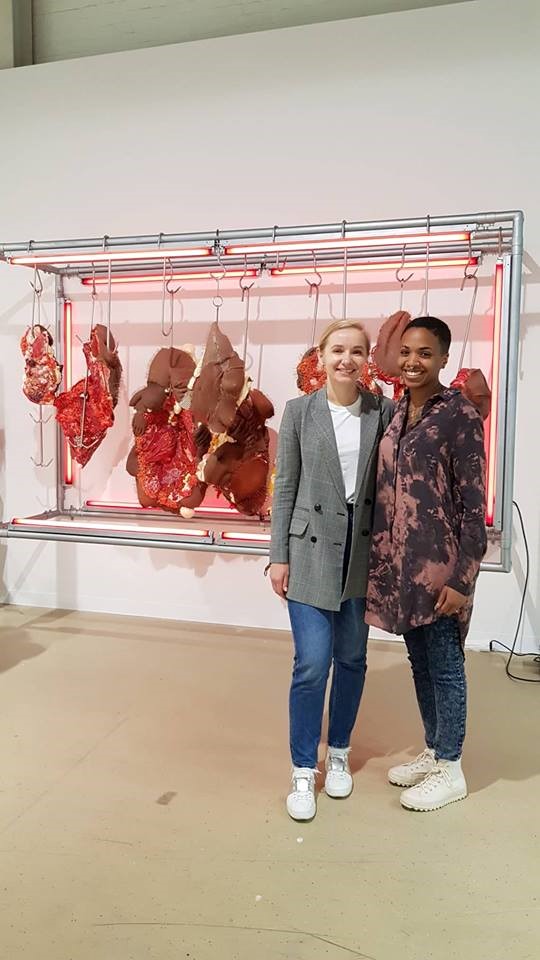 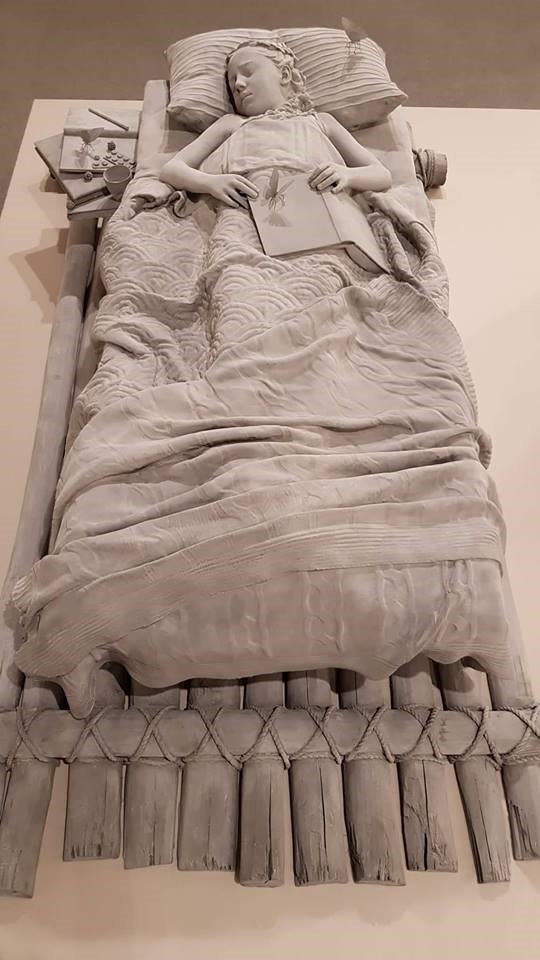 Hans Op de Beeck, The Bed a Raft, the Room the Sea, and Then I Laughed Some Gloom in Me 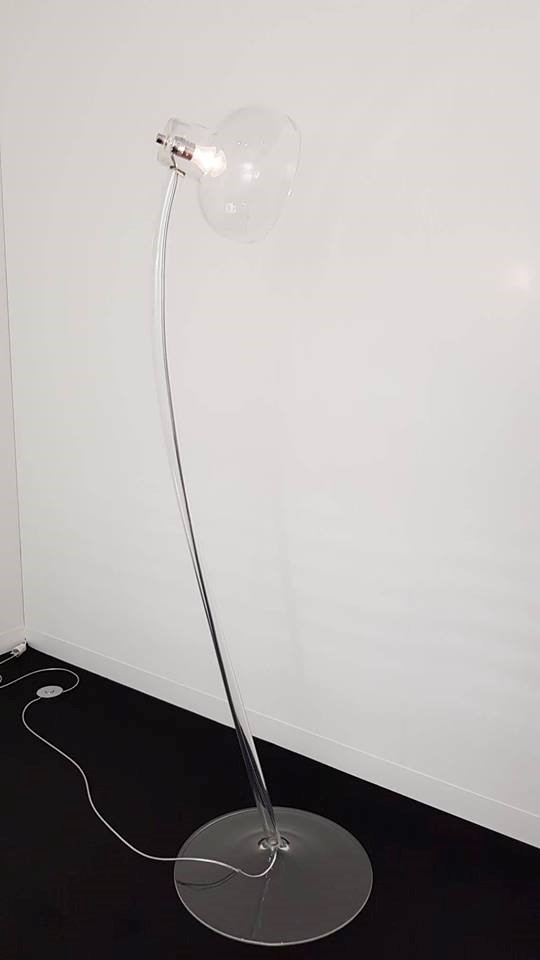 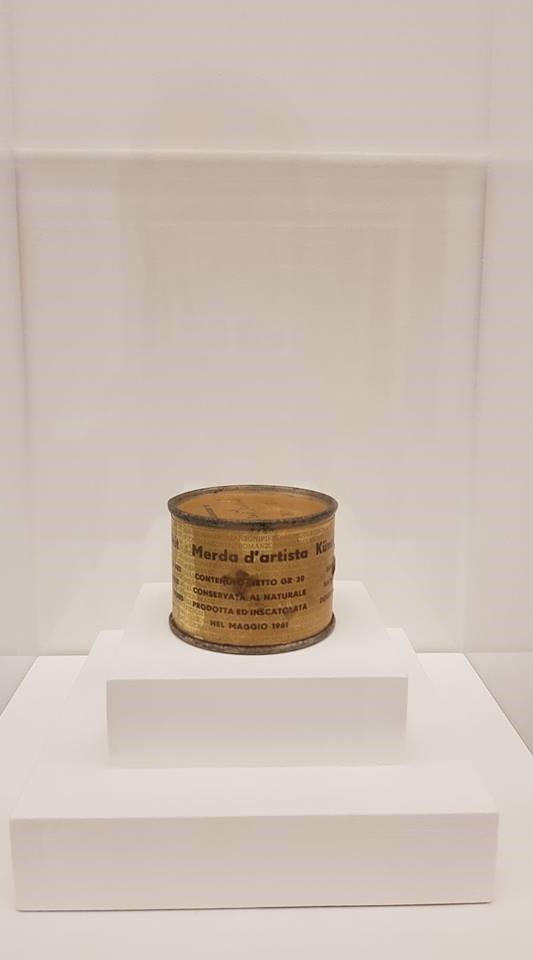 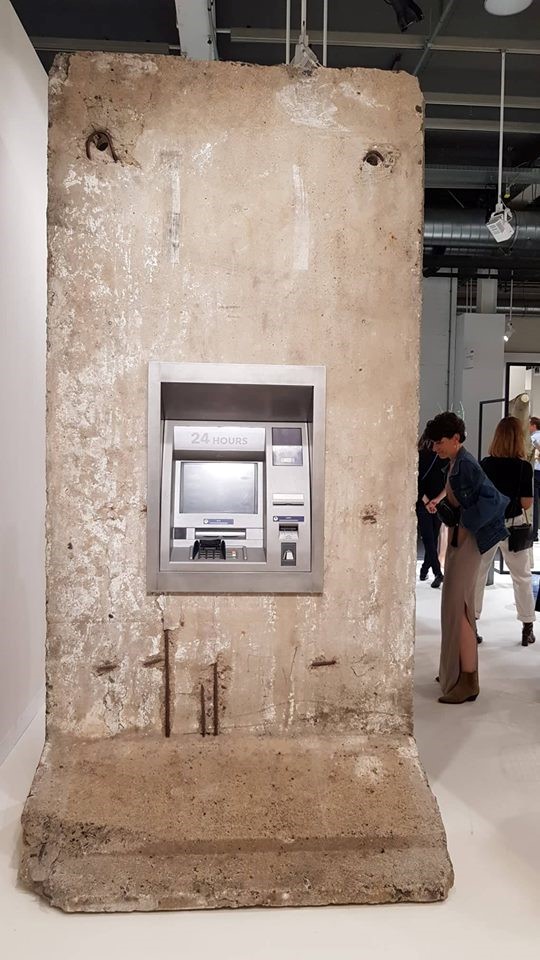 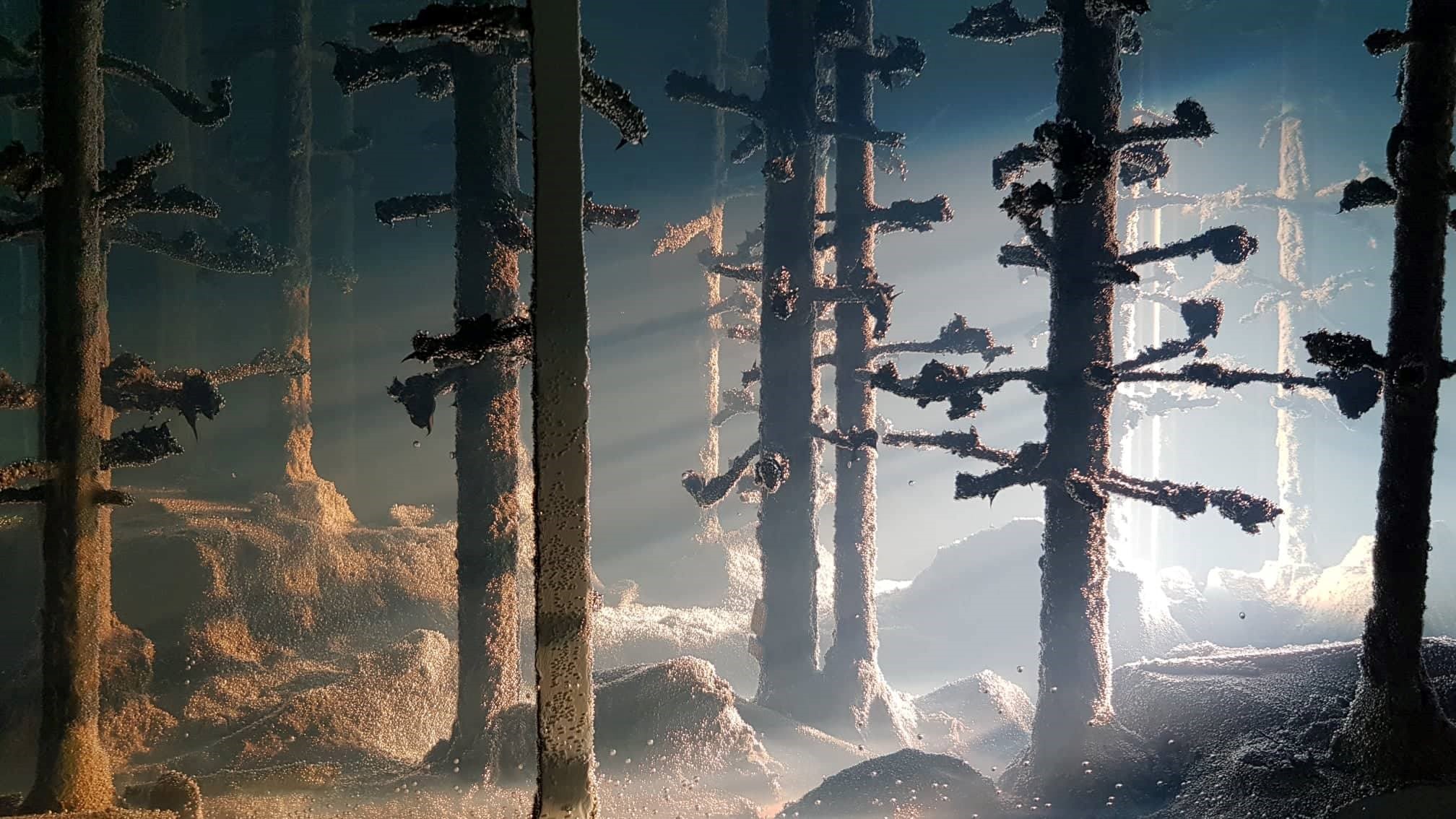 Mariele Neudecker, What If We All Just Stopped? (2018) A fragment. 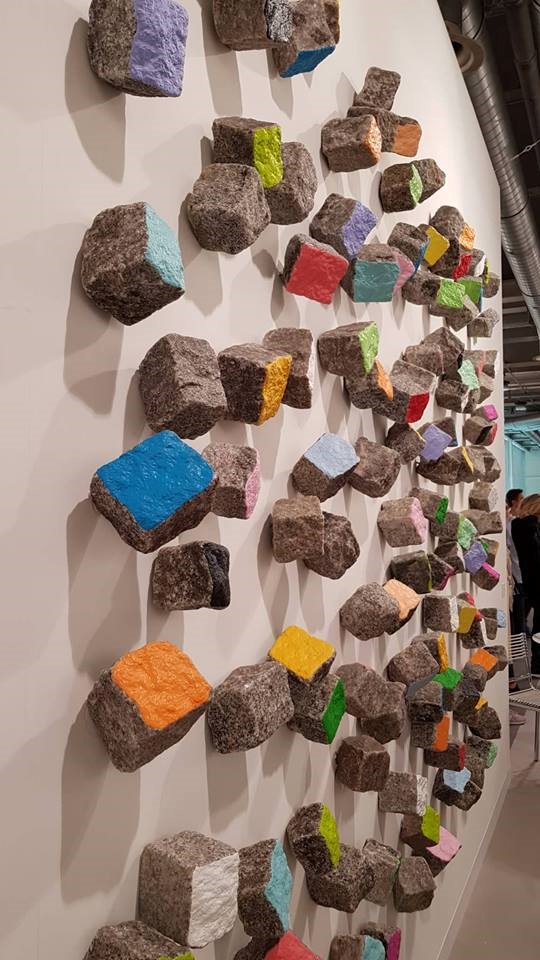 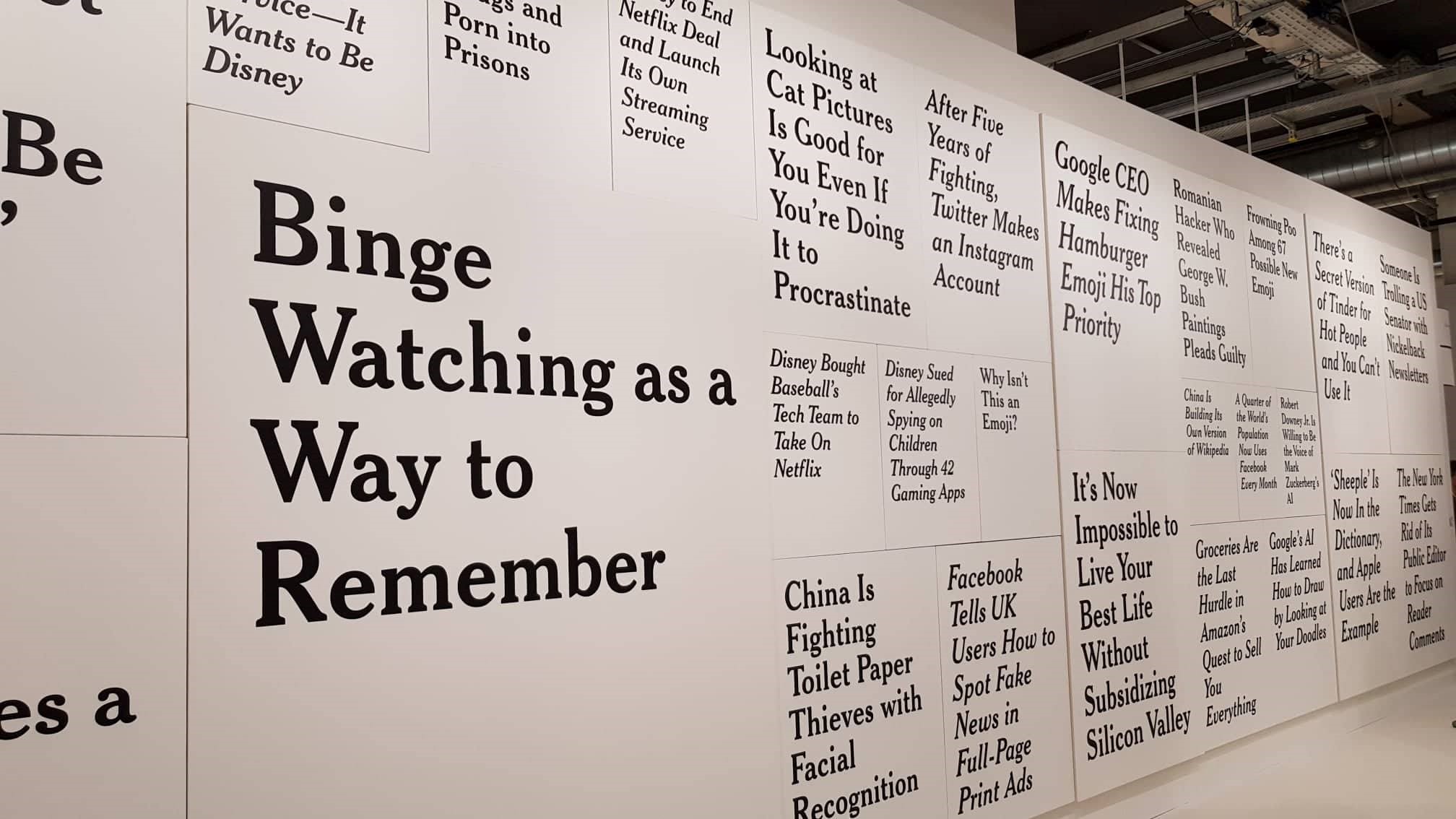 Granted, if you believe that participation in Art Basel is a reliable get-rich-fast scheme, we should warn you that participation comes at a price. There’s no guarantee that the profits would cover the expenses, notes Artsy’s reporter Nate Freeman.

One dealer estimated that her gallery spends approx. $320,000 a year to be represented at the event. The expenses include participation in both the Art Basel’s main program, the Unlimited section, and in parallel programs, including Parcours and two other sections.

A representative of an international gallery said that their participation expenses reached $400,0000. Despite making enough sales to make that back doubly, the team had to follow the budget precisely—staff were told to avoid surprise expenses, such as taxis in town or drink with clients. The dealer at this international gallery said that only the biggest galleries—the many-branched art market juggernauts whose authority does not hinge on temporary trends, and can easily outpace small galleries—can spend $400,000 on a fair without apprehension. For many, participation in Art Basel is about reputation rather than profit. Art Basel is a networking hub first and foremost, and the contacts forged there can lead to productive cooperation. Of all art events, this one gives the best understanding of the functioning of the contemporary art market. In the case of Art Basel, participation as such is priceless.

Buying and selling contemporary artworks is both an art and a science, requiring considerable knowledge of your subject and market laws, resilience and a taste for risk. After all, you cannot lose in an art fair race if you truly love art.