PULSE International Art Fair is a satellite of Art Basel Miami Beach. This year saw 14th PULSE fair, with its second year under the directorship of Katelijne De Backer, who has previously served as the director of Armory Show for more than 10 years. The list of this year’s participants of PULSE featured more than 70 galleries from around the world, including 26 first-time participants.

All PULSE participants are subdivided into four main sections based on the organization type, and the number of artists it represents. For example, the GALLERIES section unites curated group projects of three or more artists. The section occupies the entire northern pavilion of PULSE; accordingly, remaining sections occupy the south wing. The SOLO section presents solo projects, CONVERSATIONS highlights dialogues between two artists, whereas POINTS focuses on presentations of nonprofit organizations. Curators of each section select the projects and work closely with participants. 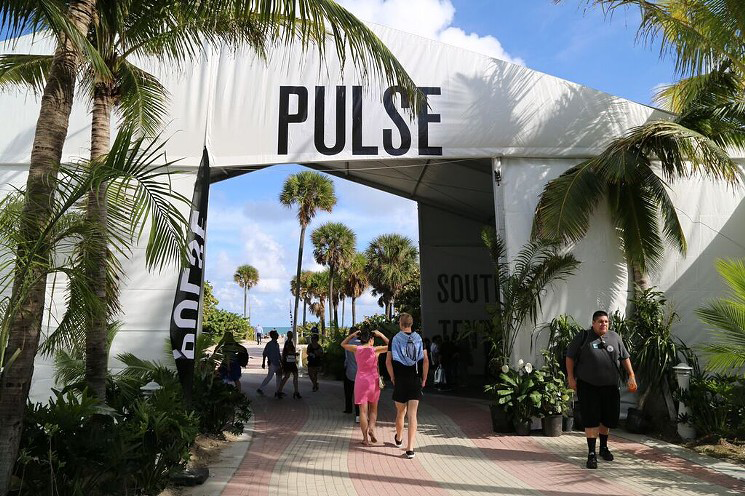 Obviously, like any other art fair, PULSE is commercially oriented. And yet, it stands out among all Art Basel Miami Beach satellites due to its focus on conceptual reflection and the framing of each project. Subsequently, PULSE never features purely decorative art in all its forms: you will see neither works blatantly envisioned to be a part of interior decoration, nor polished American pop art here. If you ask the visitors who have had the chance to visit both the main Art Basel Miami Beach and the fairs of its parallel program (which we did), most would say that they liked PULSE precisely because it welcomes experiments and new names.

To support this statement, let us offer a sample of the gallery presentations that most stuck in our memory after visiting this year’s PULSE.

Hosfelt Gallery (San Francisco) presented the works of nine artists from Argentina, India, the USA, Australia, Uruguay, and the UK. Worth mentioning is Emil Lukas’ Optic Clearing #1601 (2018), one of the artist’s last works created in his unique method of “thread painting.” The artist creates the effect of a shimmering and shining surface by overlaying threads of various colors at varying density. 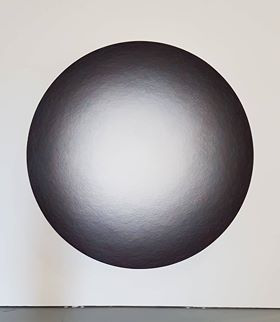 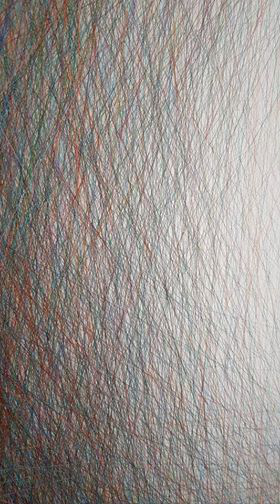 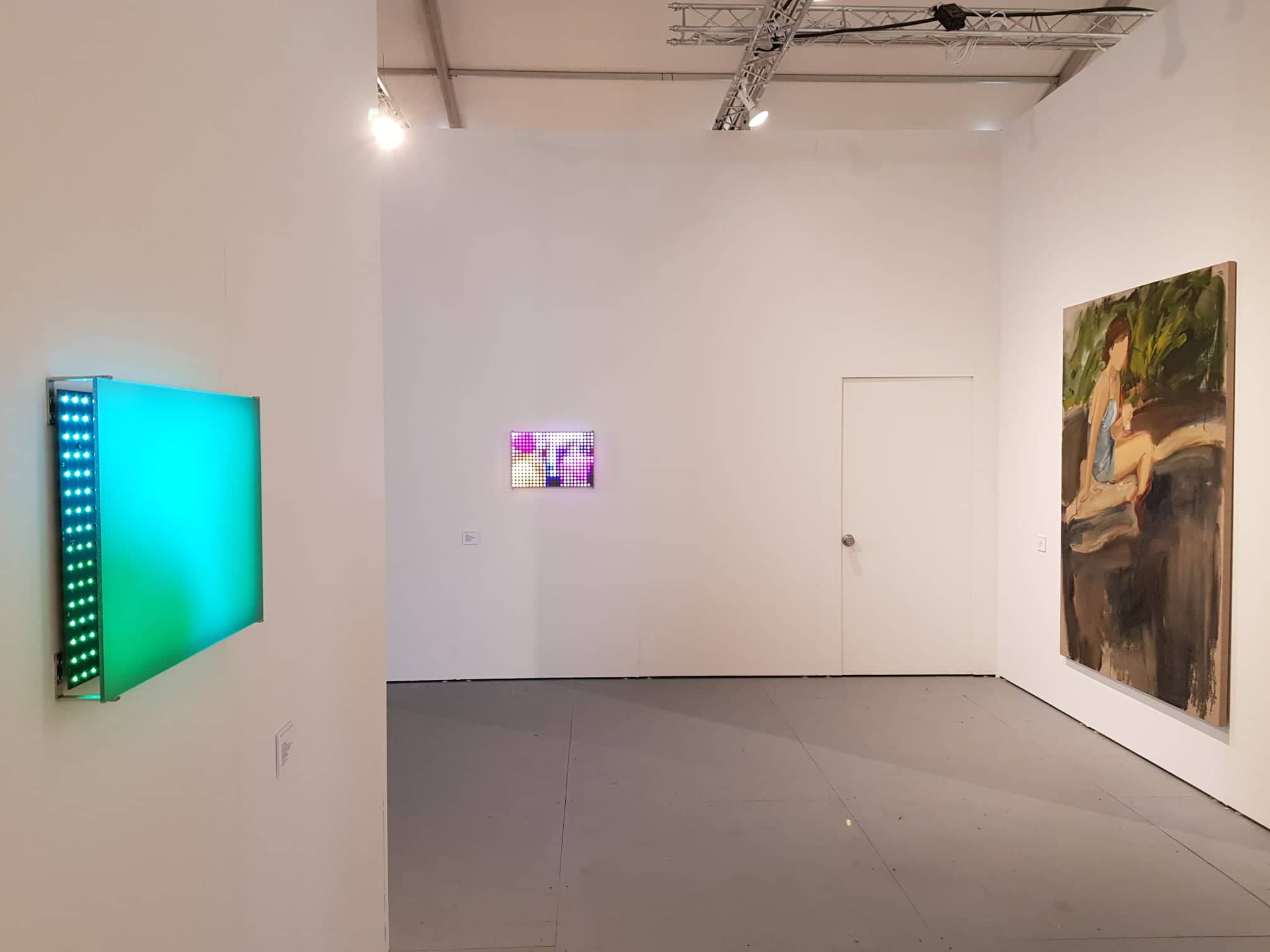 The Copenhagen-based Gallery Poulsen, which had already drawn the attention of the press with its sale of the painting Landscape with Divergent Perceptual Reference Frames by Jean-Pierre Roy to Leonardo DiCaprio at the preview of VOLTA NY in March earlier this year, also participated in PULSE. Besides several canvases by Jean-Pierre Roy, the Gallery Poulsen booth featured works of the Italian Nicola Verlato and 6 more American artists: Mu Pan, Angela Gram, Jud Bergeron, Taylor Schultek, William Powhida, John Jacobsmeyer, and Christian Rex van Minnen. 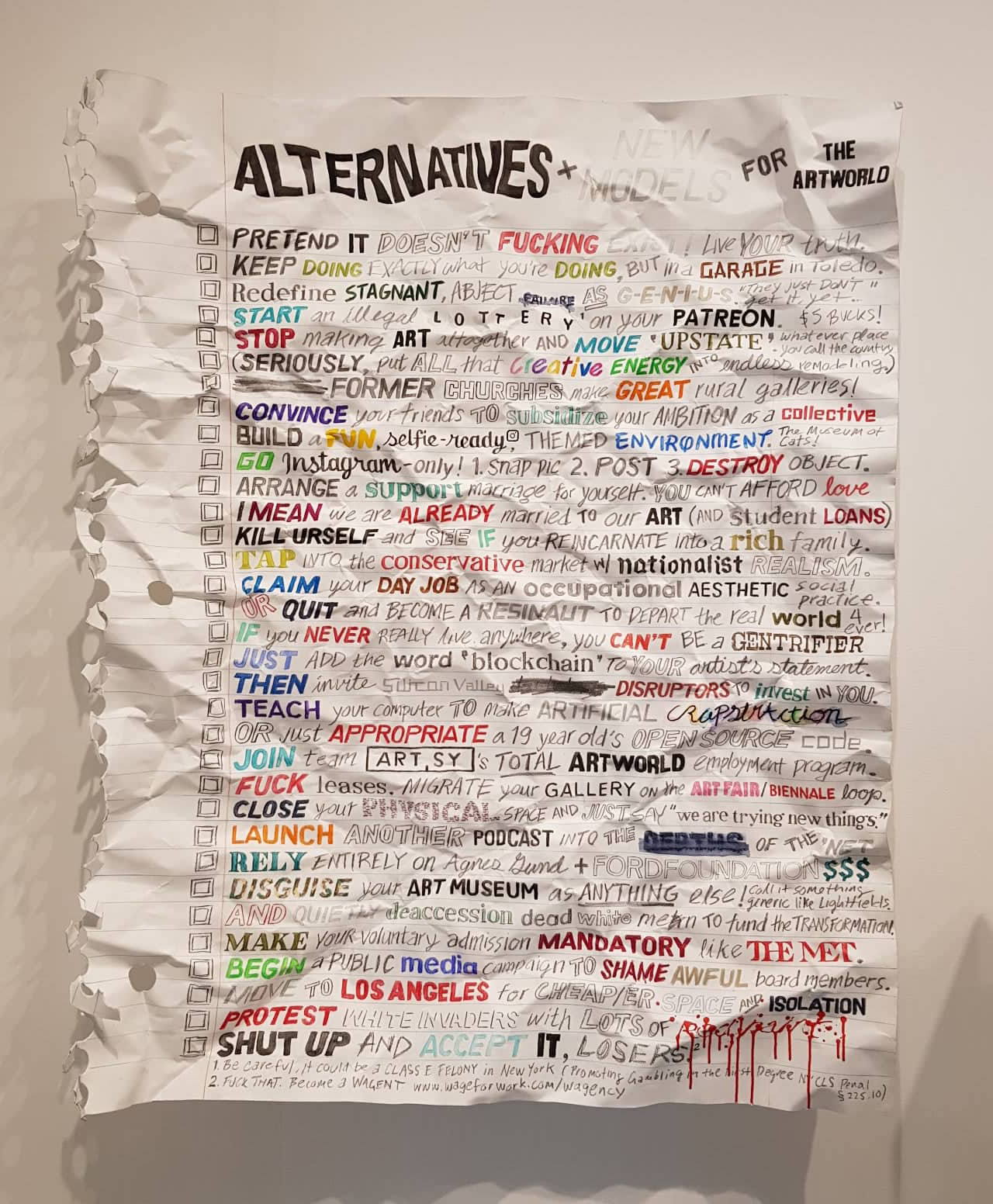 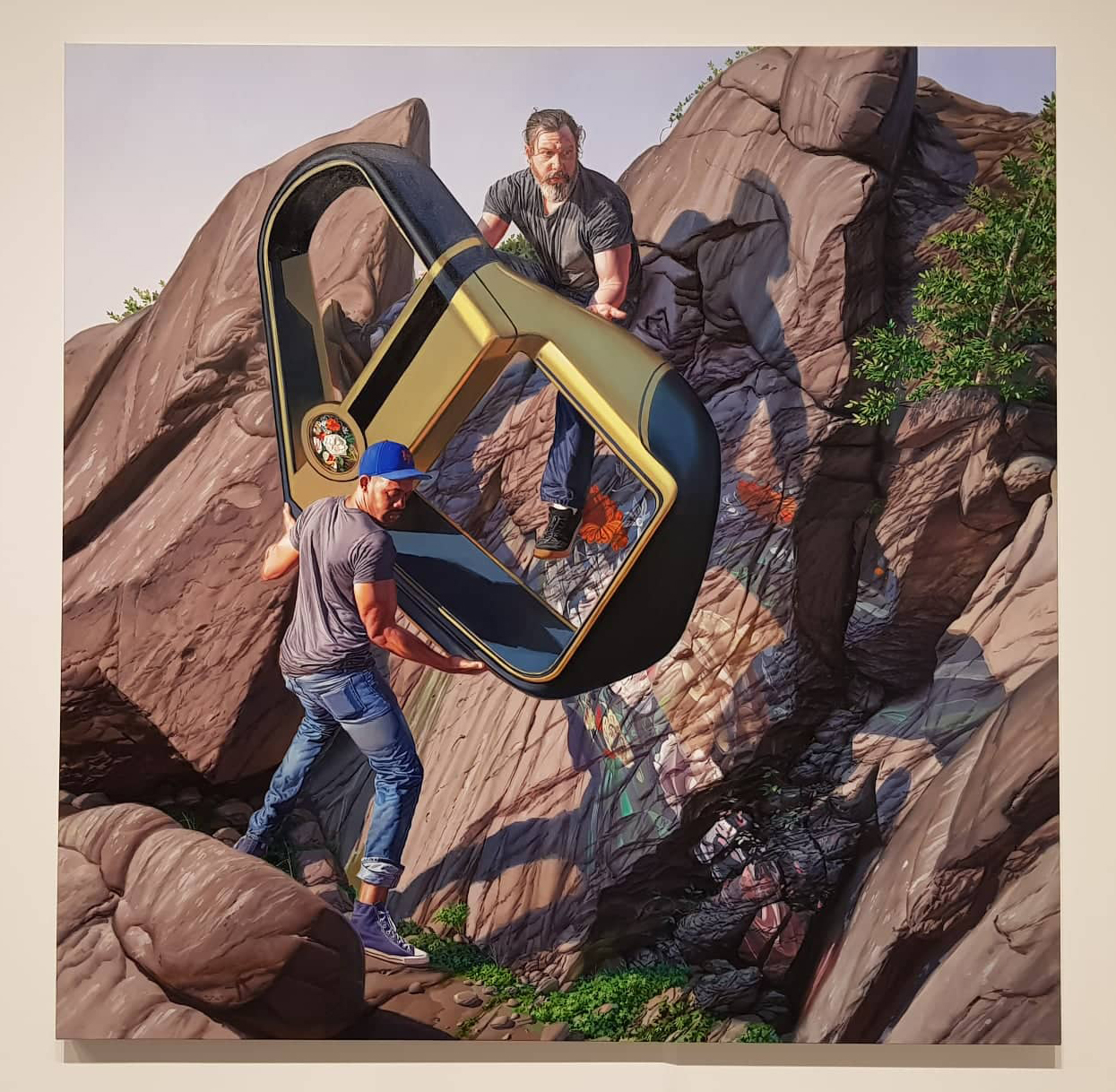 Galleri Urbane of Marfa, TX, presented a curated projected uniting seven artists that work in different media, but espouse a similar vision regarding the issues of color, space and scope in their practice. 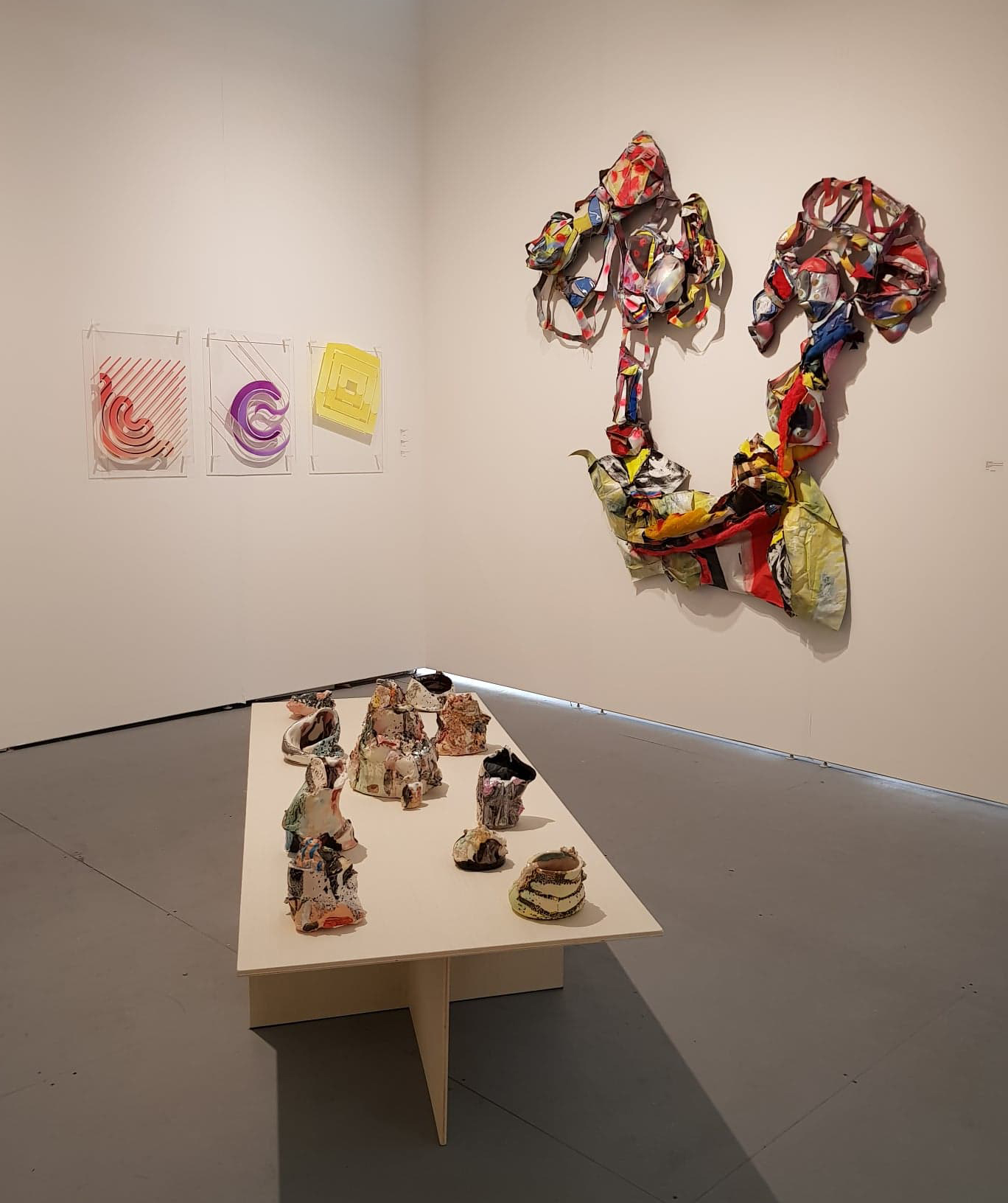 Nuova Galleria Morone (Milan) presented a solo project by an Italian artist Domenico Grenci. The works exhibited at the gallery booth continue the artist’s exploration of the feminine image, central to his oeuvre for many years. 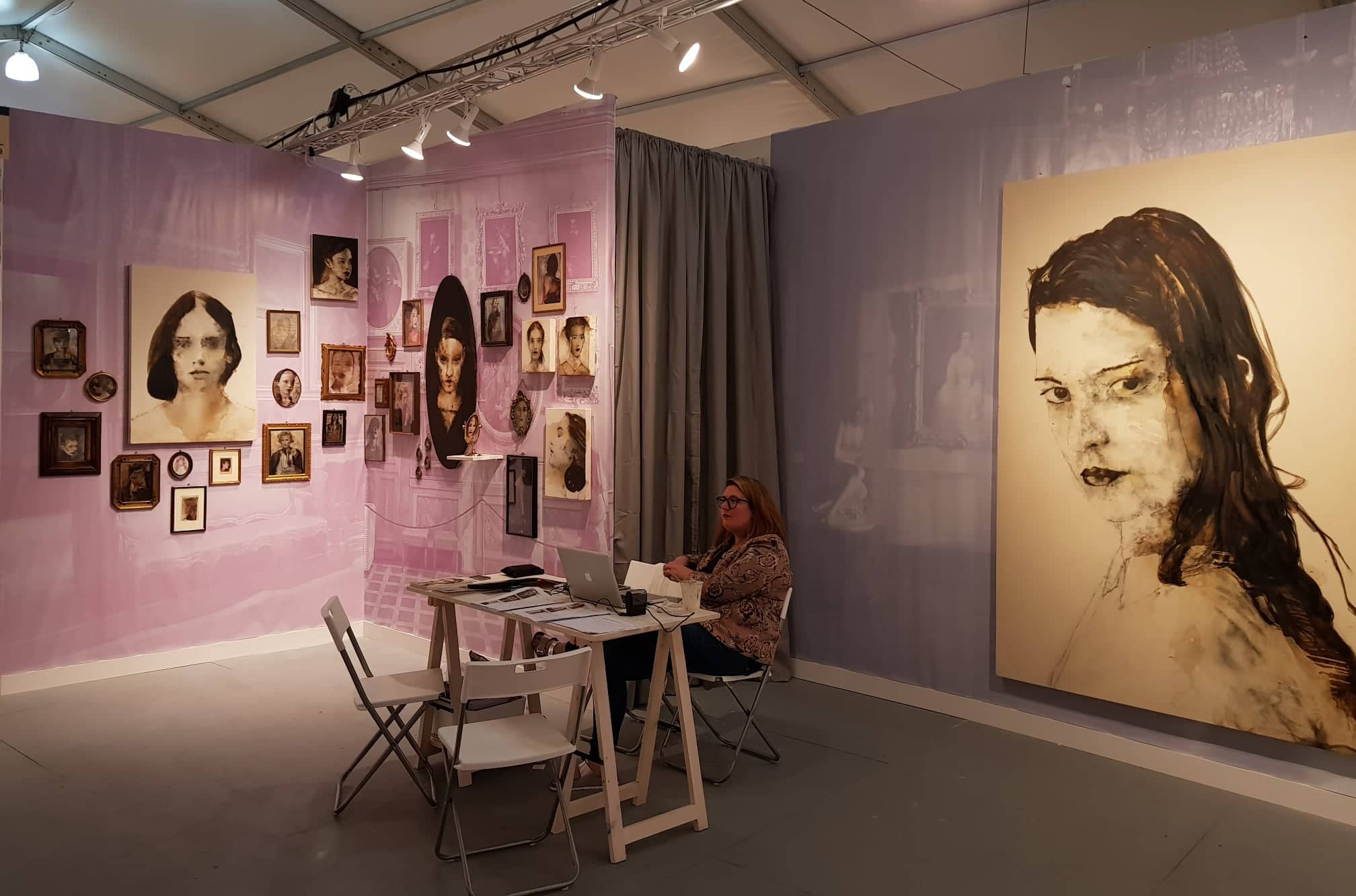 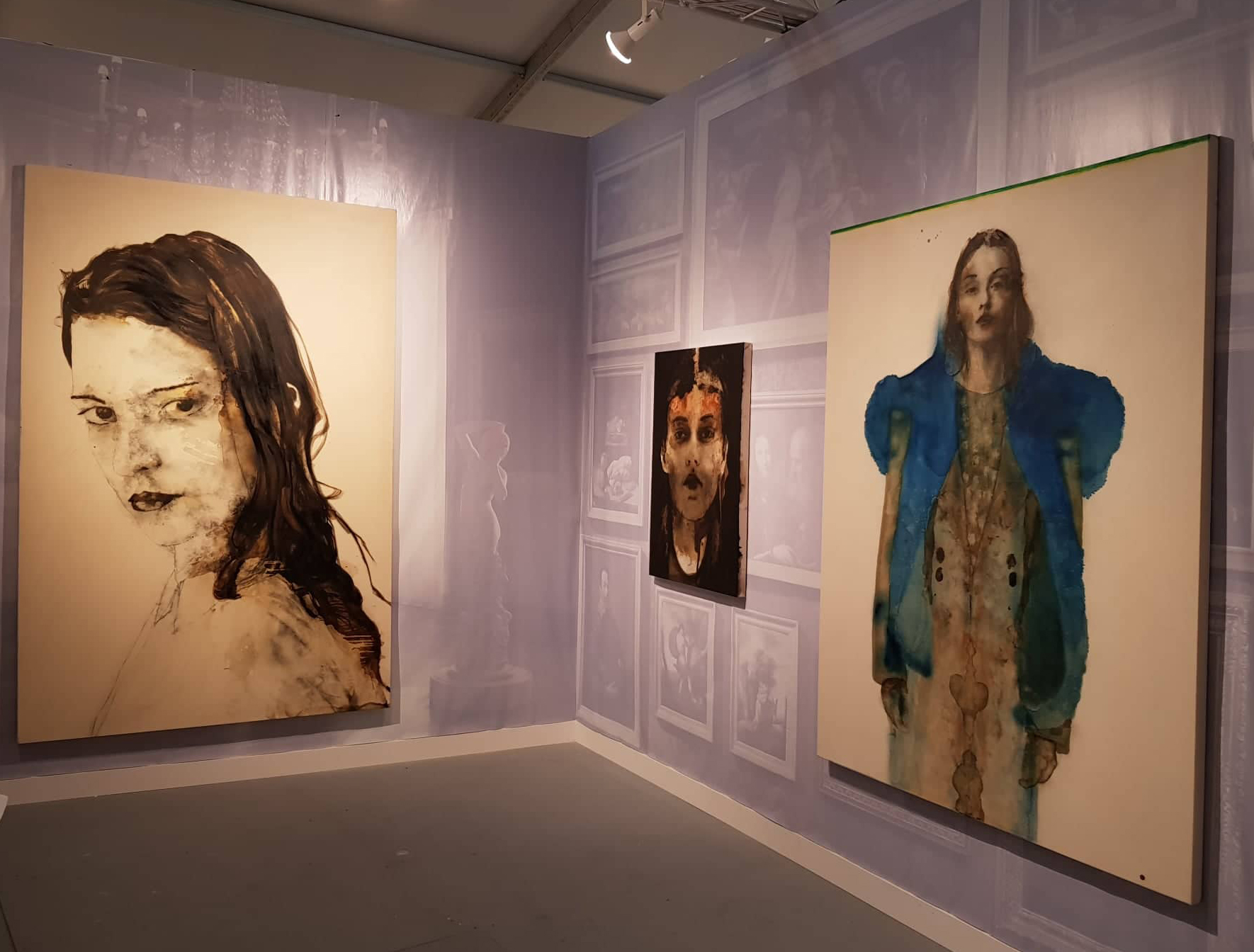 Pentimenti Gallery, Philadelphia, prepared a group project of seven artists for this year’s PULSE. Of those, we believe, the works of acclaimed American artists Judy Gelles and Michelle Benoit deserve a particular mention. One could describe them as the semantic centerpiece of the Pentimenti Gallery booth. 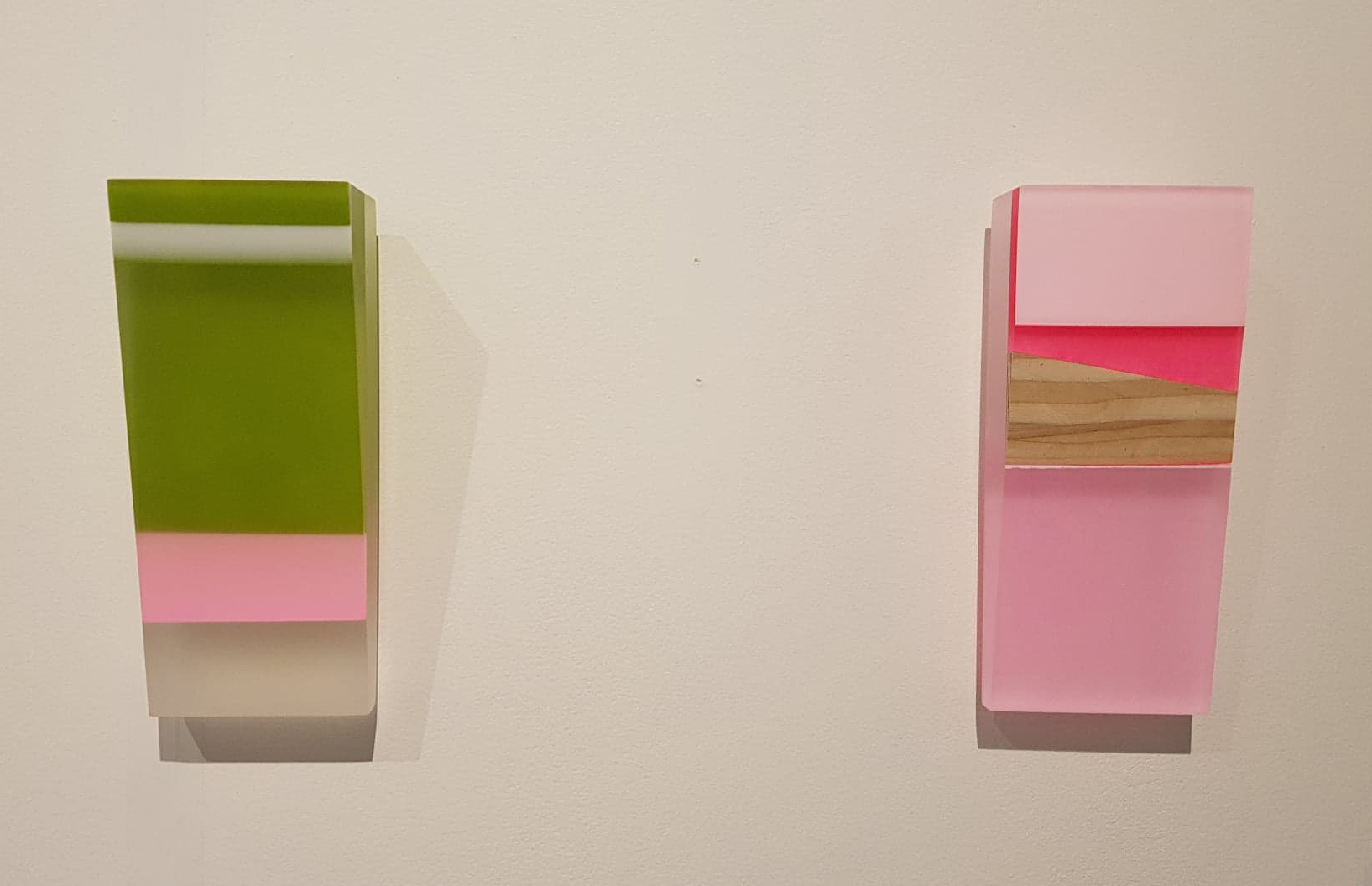 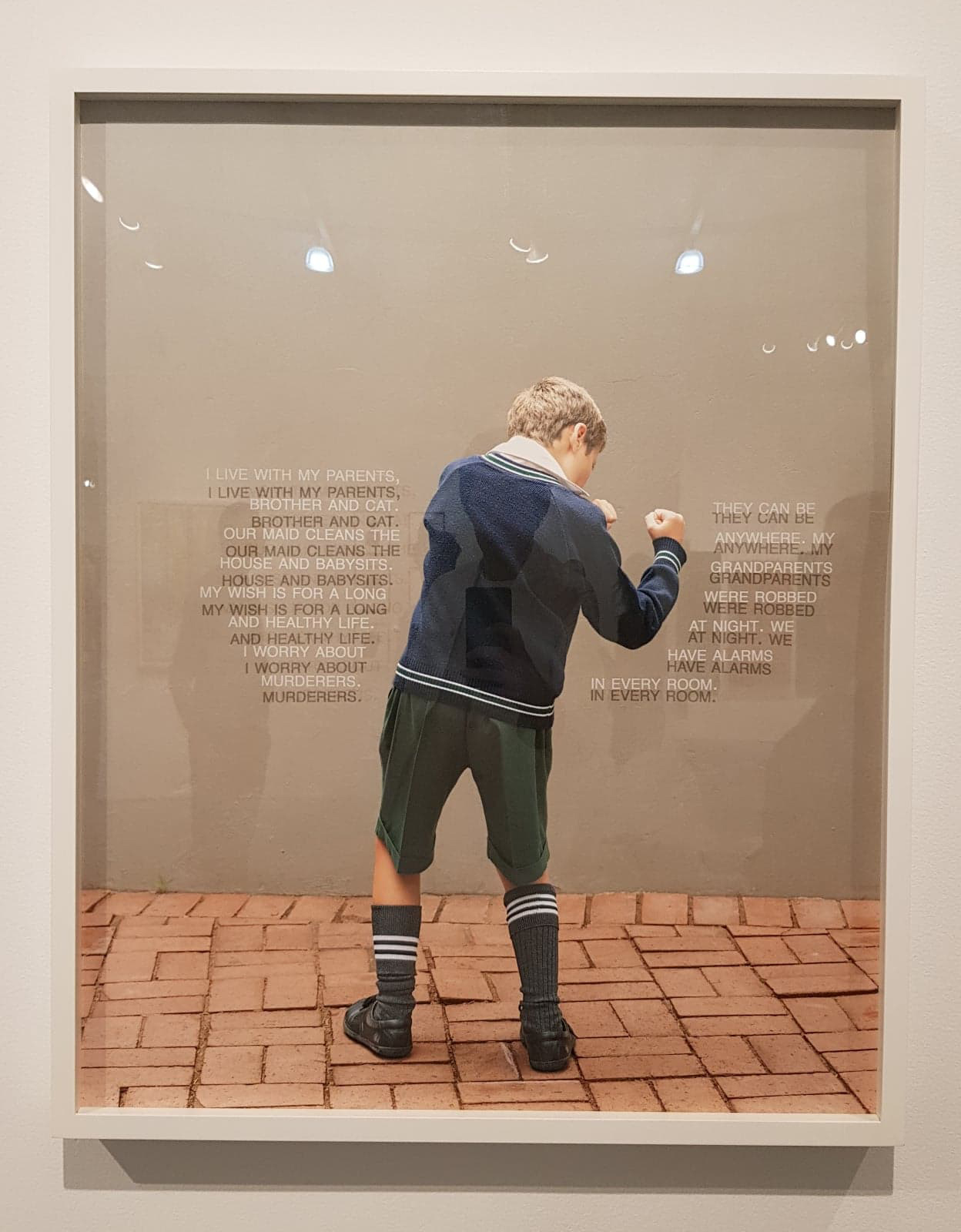 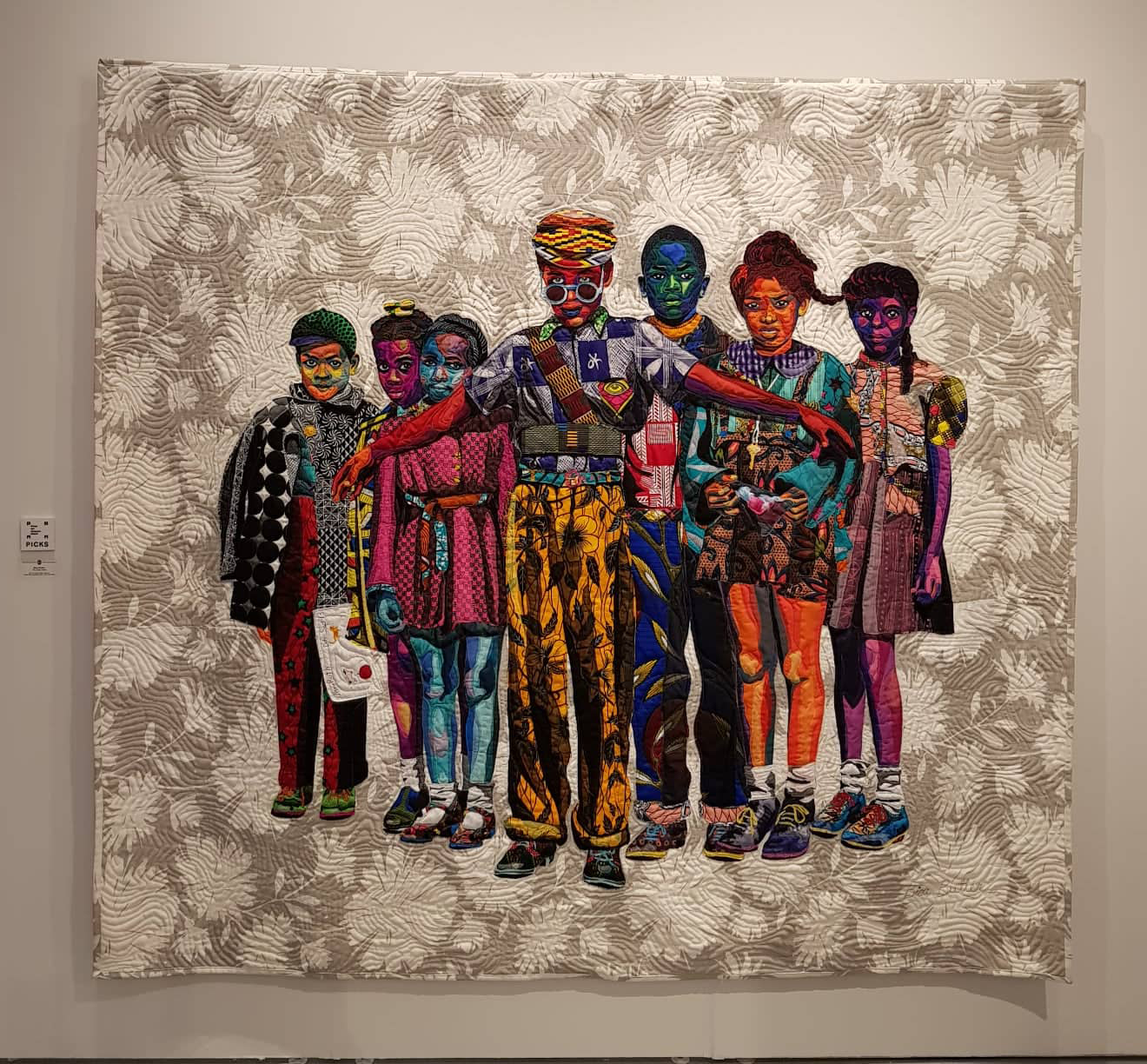 Voloshyn Gallery, a first-time participant in PULSE, presented a solo project by a Ukrainian artist Zhanna Kadyrova. The project enjoyed success among both visitors and curators or art critics: on the very first day of the fair, Perez Art Museum Miami picked it out as one of the most interesting projects of this year’s PULSE program. Subsequently, Kadyrova’s “traveling” site-specific installation, entitled The Market, was awarded the PULSE Prize as the best solo project. The jury included renowned specialists of the art industry, including Kimberly Drew, writer and independent curator; Cristina Favretto, Head of Special Collections at University of Miami; Jennifer Inacio, curator at Perez Art Museum Miami; Rosa Lowinger, independent curator; Zoe Lukov, curator at Faena Art; Leilani Lynch, curator at Bass Museum of Art; and Vere Van Gool, Associate Director of IdeasCity at New Museum.

Describing this year’s award recipient, Jennifer Inacio, a member of the jury of the PULSE prize, said that she “loves the creativity and aesthetics of Zhanna Kadyrova’s work - she uses a fun and interactive method to expose the complexity of the value of art and its ‘commodity’ quality.” 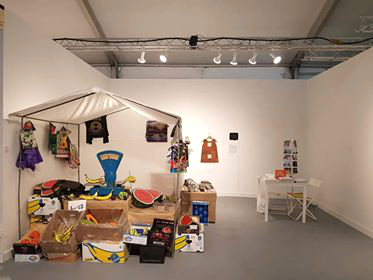 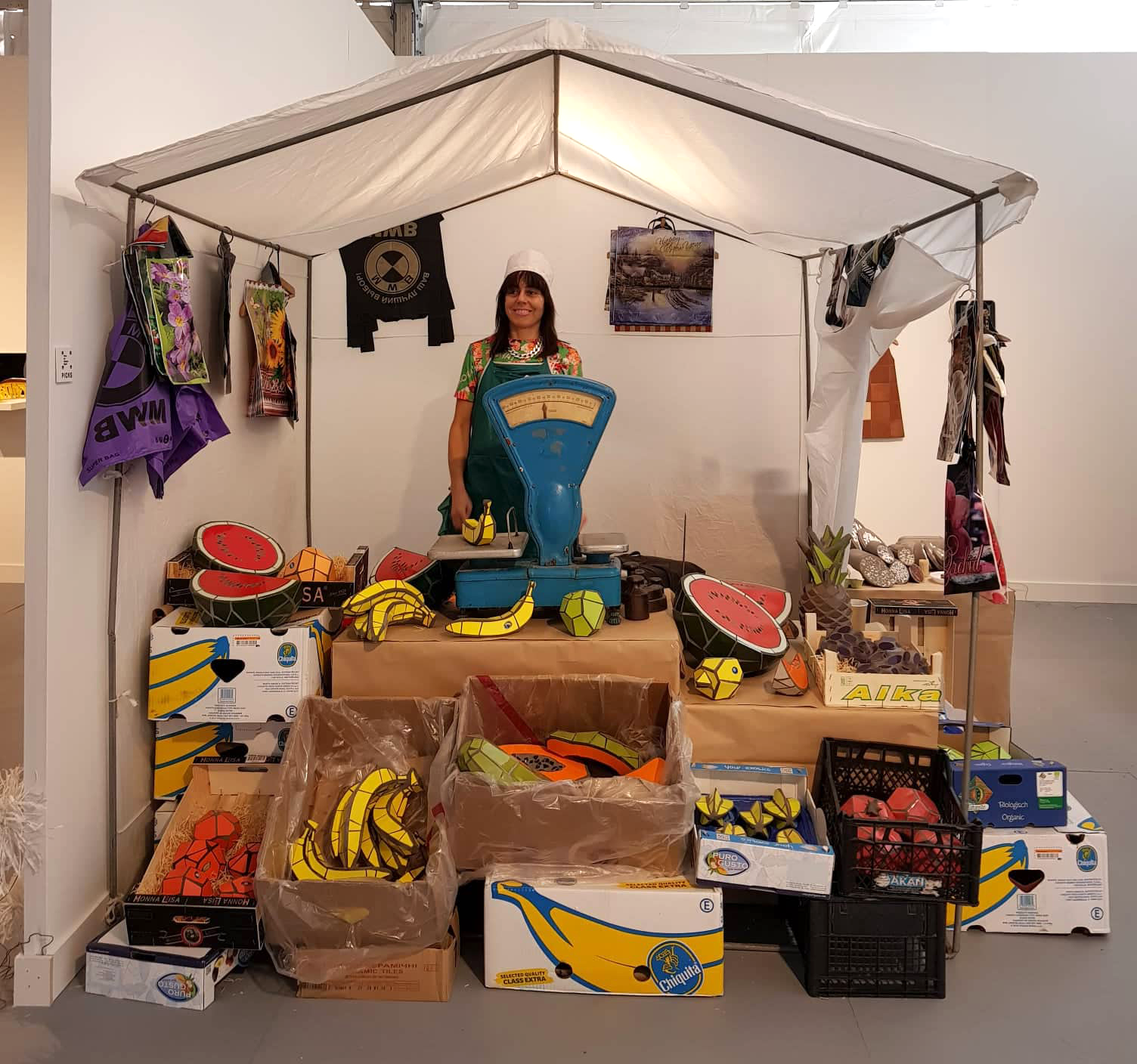 Among these presentations, one should mention the installation by Ann Lewis, entitled One in Five of Us (2016), which unflinchingly demonstrates the sad statistic: approximately 20% of American women will be raped in their lifetime. Lewis “materializes” this numerical statistical abstraction, offering viewers to grasp this experience on the physical level. 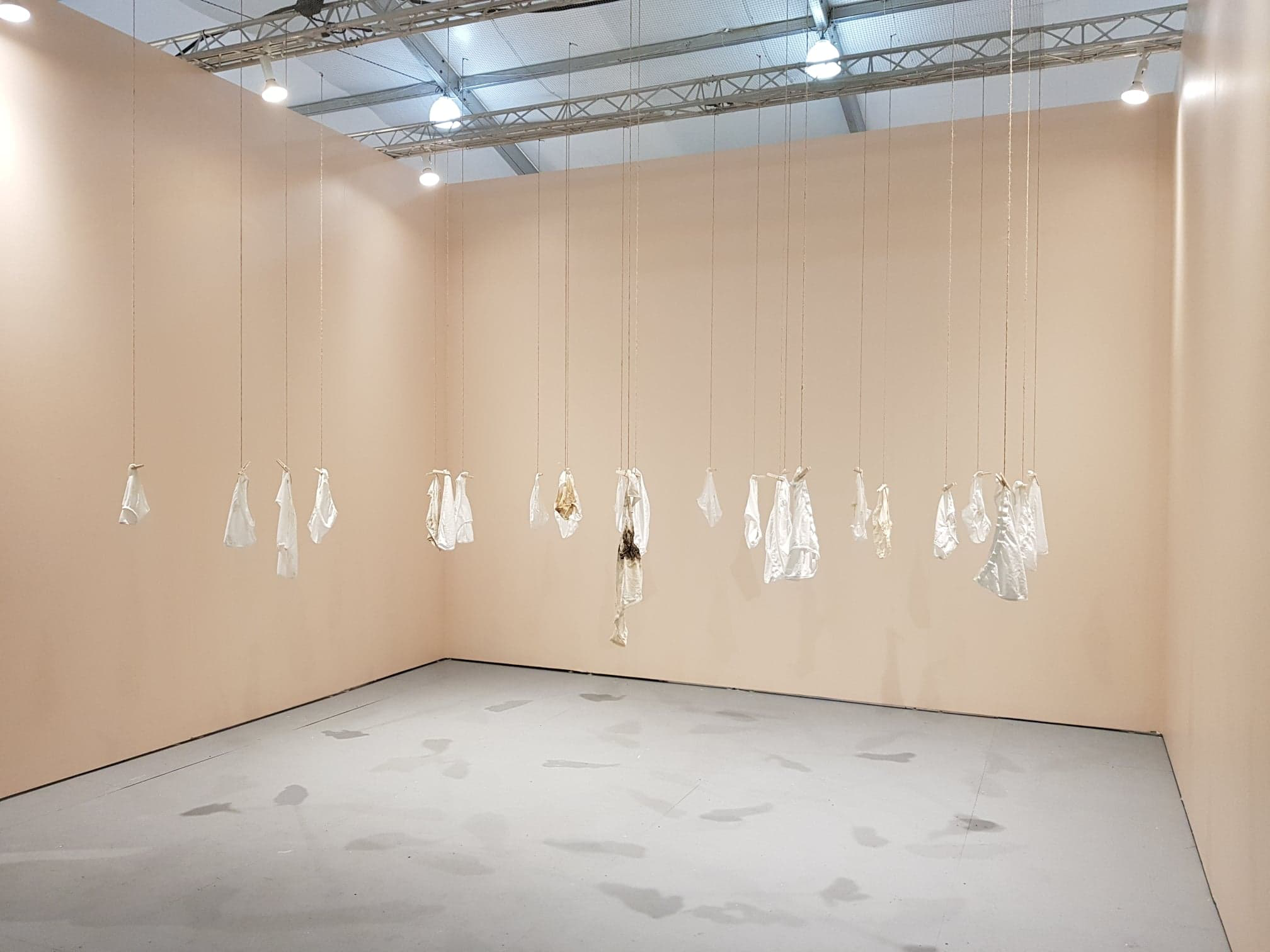 This work engages with the theme of this year’s site-specific PULSE program, PLAY, namely, Violence. Videos of 5 artists selected for this presentation explore various aspects and contexts of violent displays, besides its literal meaning of doing physical harm.

The New York based artist Luc Bokor-Smith presented his new project, node-558 (2018), under the aegis of Projects. Bokor-Smith works in new media, and his new installation, node-558, created specifically for PULSE, “pays homage” to the pirate radio station Laser 558, which broadcast in the 1980s from a Panama ship in the international waters of the North Sea, providing Western Europe with musical content. In this work, the artist addresses the dichotomy of the radio station’s isolation and constant connection to the world outside the ship. 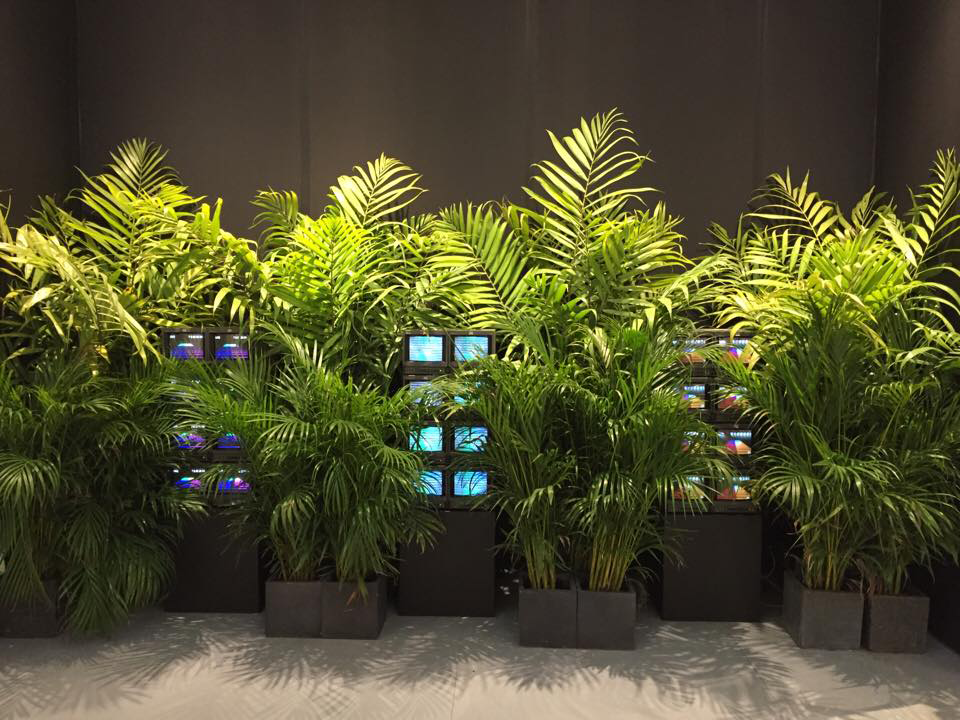 The joint project of the Haiti-based artist Michel Lafleur and the Belgian Tom Bogaert, entitled Famosi Mobil Kongole (2018), is also worth mentioning. In this installation, Lafleur and Bogaert explore the phenomenon of “mobile pharmacies,” a fact of life for present-day Haiti residents who must buy all pharmaceuticals, from condoms and bandages to painkillers and antibiotics, from street vendors who carry their wares affixed to cardboard sheets as a sort of alternative, portable storefront. 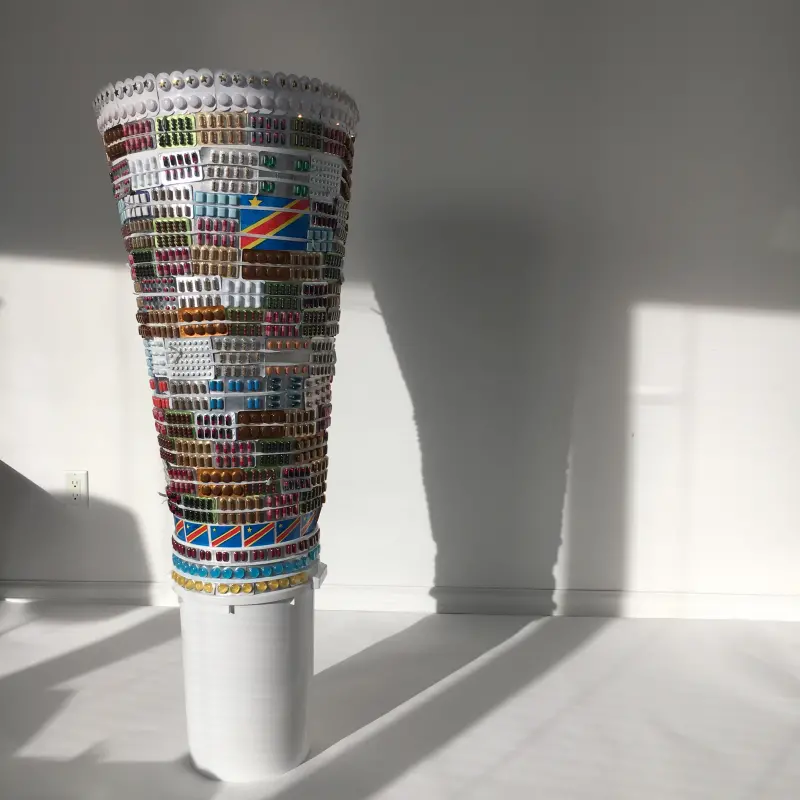 Founded in 2005, PULSE is one of the oldest satellites of Art Basel Miami Beach. This makes following the changes of the fair’s vibrant program year to year all the more interesting. For example, the above-mentioned section PLAY didn’t become a part of PULSE’s site-specific program until this year. We hope that enthusiasm for change will remain a priority for organizers of the markedly non-conservative PULSE, since this is what makes PULSE stand out during Miami Art Week.

Why viennacontemporary?
Zhanna Kadyrova | Resistance of Matter
Pieter Bruegel the Elder: the opening of the largest ever exhibition of the Netherlandish artist