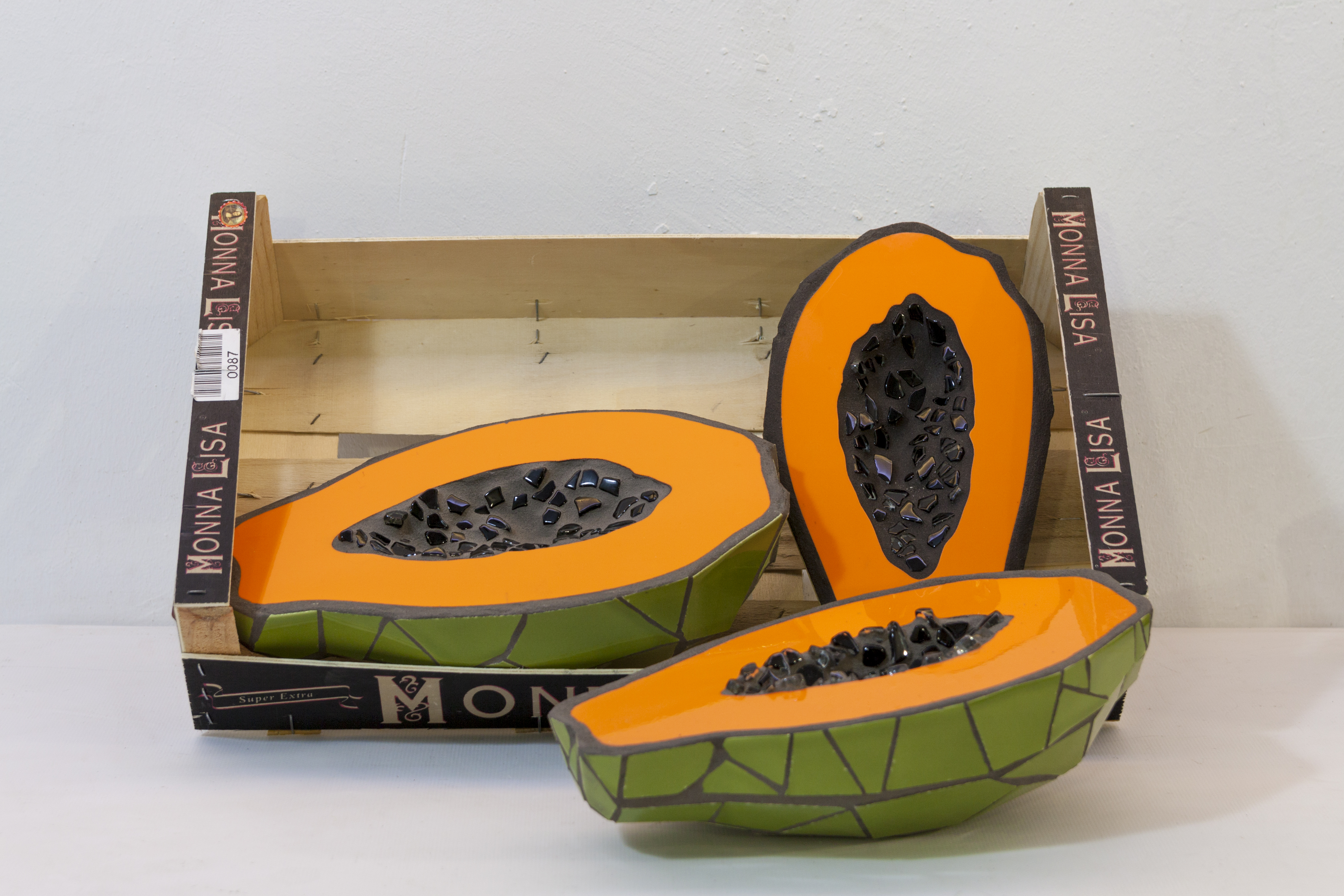 An artist and a sculptor, Zhanna Kadyrova, works in the tradition of site specific art creating objects, installations, mosaic and sculpture. Her art is mainly aimed at changing the face of a city and has urban character.  Kadyrova belongs to the critical young artists and was one of the first who started working with public urban space. According to the artist, it gives the opportunity to interact with a city all the time getting know it better and better. Quite often her projects are in crucial dependency on outer environment that is physical space as well as social context.

Zhanna Kadyrova was born in 1981 in Brovary, the city in Kyiv region, Ukraine. In 1999 she finished the sculpture department of T. Shevchenko State Art School. The initiator of art groups, exhibitions, actions, such as R.E.P. (Revolutionary Experimental Space), punk band “Pinoplast”, 8=8, “The Conquered City”, ‘’The City of Winners”, “No Jury, No Prize”, “New History” (Kharkiv Art Museum). The Curator of the exhibitions in Kyiv Lab Garage. In 2009 she created “The Monument of the Monument” in Sharhorod, the city in Ukraine. She was awarded the special prize of PichukArtCentre in 2011. In April 2012 she got Sergey Kuryokhin Modern Art Award at the nomination ''Public Art'' for the work ''Form of Light''. In December 2012 she was granted Kazimir Malevich Artist Award. In 2013 she got the main prize of PinchuckArtCentre. Kadyrova is the participant of international exhibitions, in particular 5th Moscow Biennale, 55th Venice Biennale Ukrainian pavilion, "Nouvelles Vagues", Palais de Tokyo in Paris in 2013. In 2014 took part in art residence supported by Baró Galeria, São Paulo, Brazil.