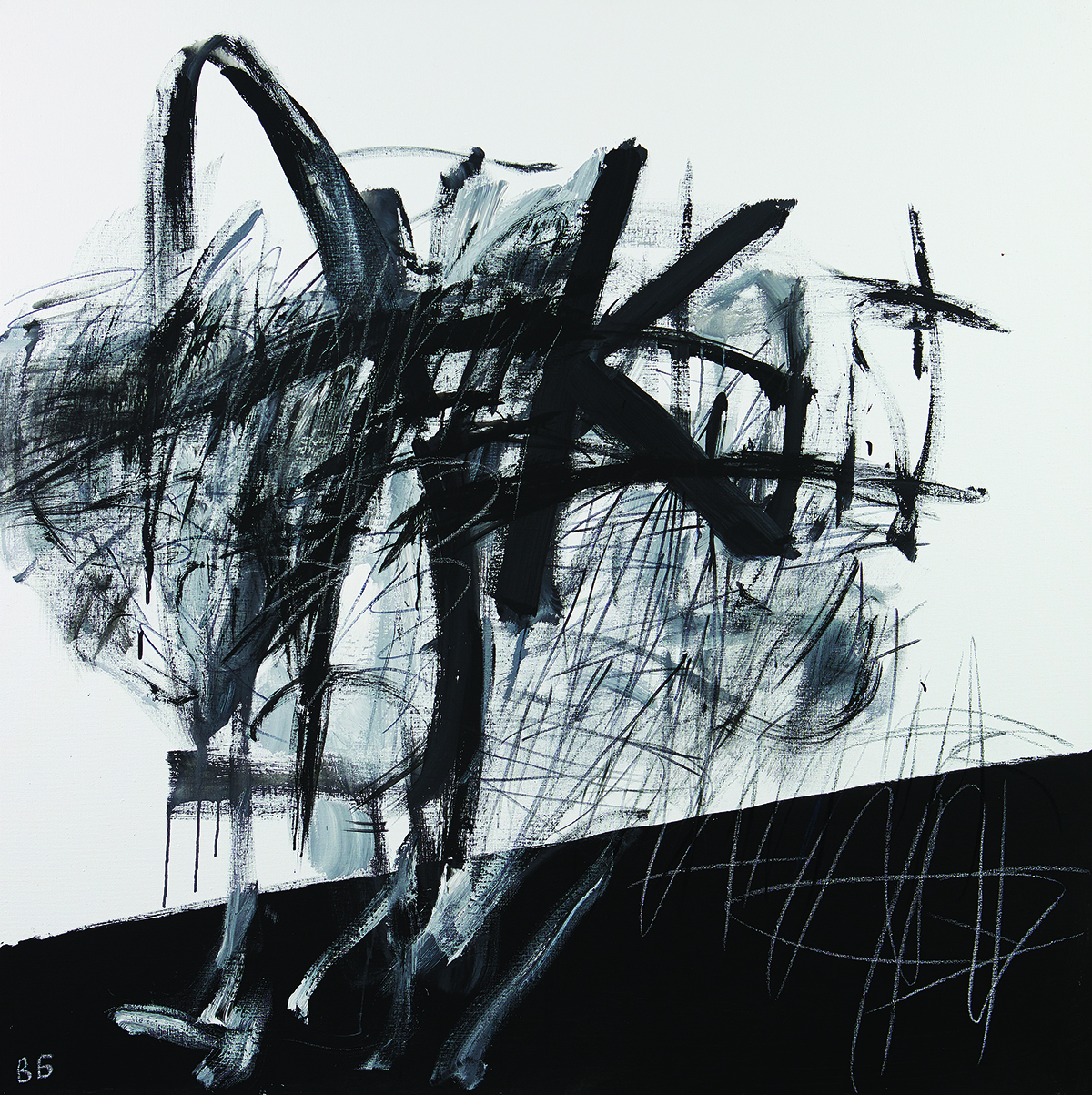 Vladimir Budnikov is an abstract painter who took the lead in the history of Ukrainian art a long time ago. In his works we can see how the painting of the color field has been organically combined with the accurate strokes, as if inspired by Japanese calligraphy. Here there are clear boundaries, rhythm and contrast of simple forms, their monumentality. All works share the author's inherent color scheme.

"In his sense of color, Budnikov adheres to asceticism: he adds one or two color accents to the noble black-and-white network of the whole." The line between painting and graphics is not impenetrable, he plays with "mediapecifics" of both, mixing his methods – an expressive line and pouring, a stroke and a figurative texture”, -  Victoria Burlaka, the curator and art critic, notes aptly.

Budnikov is a stubborn explorer of a picturesque metaphysics dimension, the author of elegant, genuine compositions of special quality, the founder of the neo-baroque flow in non-figurative painting.

The artist was born in 1947 in Kyiv. In 1965 he graduated from the Republican Art School named after T. Shevchenko. During the years 1965-1971 he studied at the Kiev State Art Institute (Academician Tatyana Yablonskaya’s workshop). Since 1975 he has been a member of the National Union of Artists of Ukraine. An Honored Art Worker of Ukraine, Professor of the National Academy of Arts. In 1998 he was awarded the title of "The Artist of the Year" and “the Golden Section" Prize at the III International Art Festival in Kyiv. Vladimir Budnikov’s works are presented in museums in Kyiv, Dnipro, Zaporizhya, Chernihiv, Berdyansk, Sumy, as well as in public and private collections in Austria, Germany, the USA, Japan, France, the Balkan countries. The painter lives and works in Kyiv.