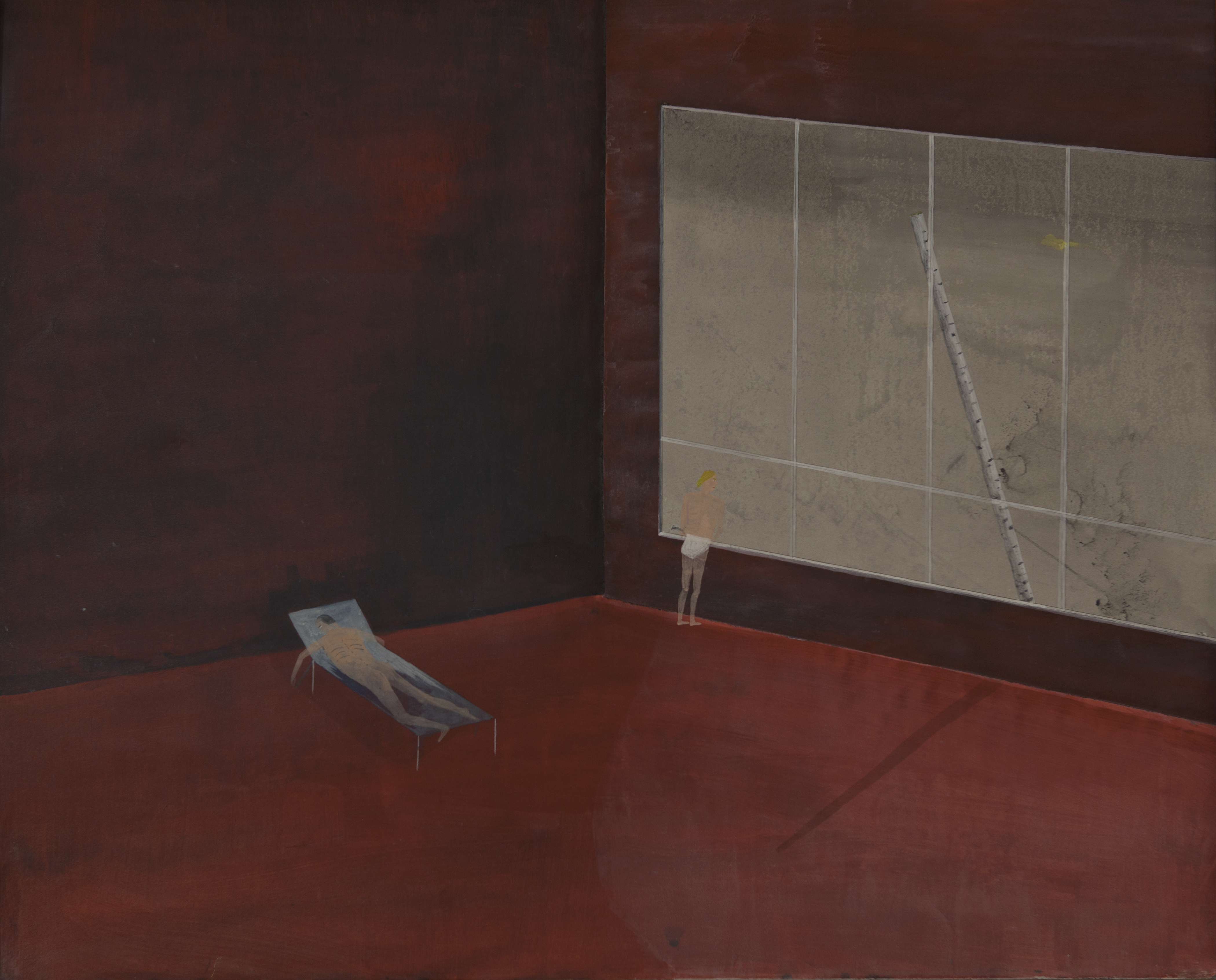 Maria Sulymenko’s paintings are noted for both simplicity and laconicism, while also fascinating the viewers. Any movement appears to be frozen on the canvas. Although the characters’ figures look slightly shy, this delicacy only reveals the author’s monolithic personality. The artist apparently picks all the details in a fine and precise way, however the viewer will have the impression of improvisation and spontaneity. The works’ characters are beyond any specific epoch, they are placed in the environment, which is only nominally and sometimes naively defined, with the images referring to the sphere of subconsciousness rather than to obvious things.

Maria Sulymenko was born in 1981 in Kyiv, Ukraine, in an artists’ family. She graduated from the Arts school named after Taras Shevchenko. Thereafter she went on to get a higher education in Germany. Maria entered the State Academy of Fine Arts in Stuttgart (Akademie der Bildenden Künste in Stuttgart), where she studied sculpture and painting. Then she entered the Higher school of Fine Arts in the city of Offenbach (Hochschule für Gestaltung in Offenbach am Main), where she studied graphic design. Her lecturers were the prominent ATAK (Georg Barber) and Eike König. It was in Germany, where Maria’s personal style was developed. She creates large paintings on paper and canvas. Currently the artist lives and works in Fridingen an der Donau and Berlin.