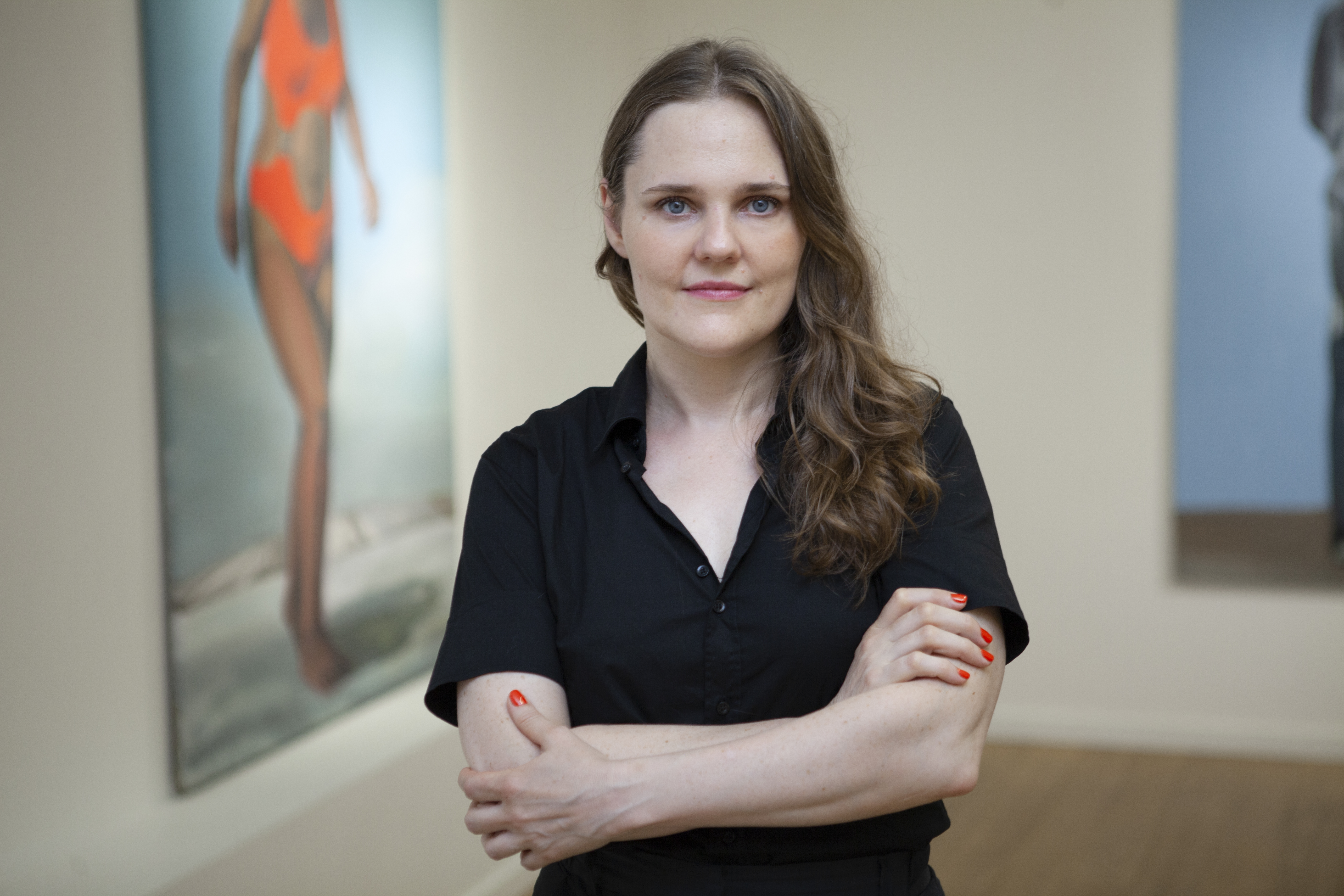 Lesia Khomenko is author of paintings, installations, performances and videos. In her works she deconstruct narrative image and transforms paintings to the objects. The artist’s interest is in comparing history and myths and revealing tools of visual manipulation. With her skills from Ukrainian Art academy she is constructing complex critical statements.

Lesia Khomenko (was born 1980 in Kyiv, Ukraine). Graduated National academy of fine art and architecture at 2004. 2005-2006 – residency at Center for Contemporary Art at Kyiv-Mohyla academy, Kyiv; 2008 – residency at LIA (Leipzig International Art program) Leipzig. Co-founder and member of R.E.P. group (since 2004) and curatorial group Hudrada (since 2008). Her works have been shown in several solo and group exhibitions, among others at the main project of 1st Kyiv Biennale of contemporary art Arsenale 2012, Kyiv, at the National Art Museum of Ukraine, Kyiv, at the White Box Gallery, at the New-York, MUMOK, Vienna, and at the Zaheta gallery, Warsaw. She was in short list of PinchukArtPrize (2009, 2011 and 2013), Future Generations Art Price with group R.E.P. (2012) founded by Victor Pinchuk and Kazimir Malevich Artist Award (2012 and 2016). Lives and works in Kyiv, Ukraine.

In Miami, a Ukrainian Art Show Becomes Unintentionally Timely
The New York Times
View the article
The Sea is Waving
zn.ua
View the article
In Dallas, the Elusive Middle-Market Collector Is Alive and Well. But Are Dealers Willing to Woo Them?
artnet.com
View the article