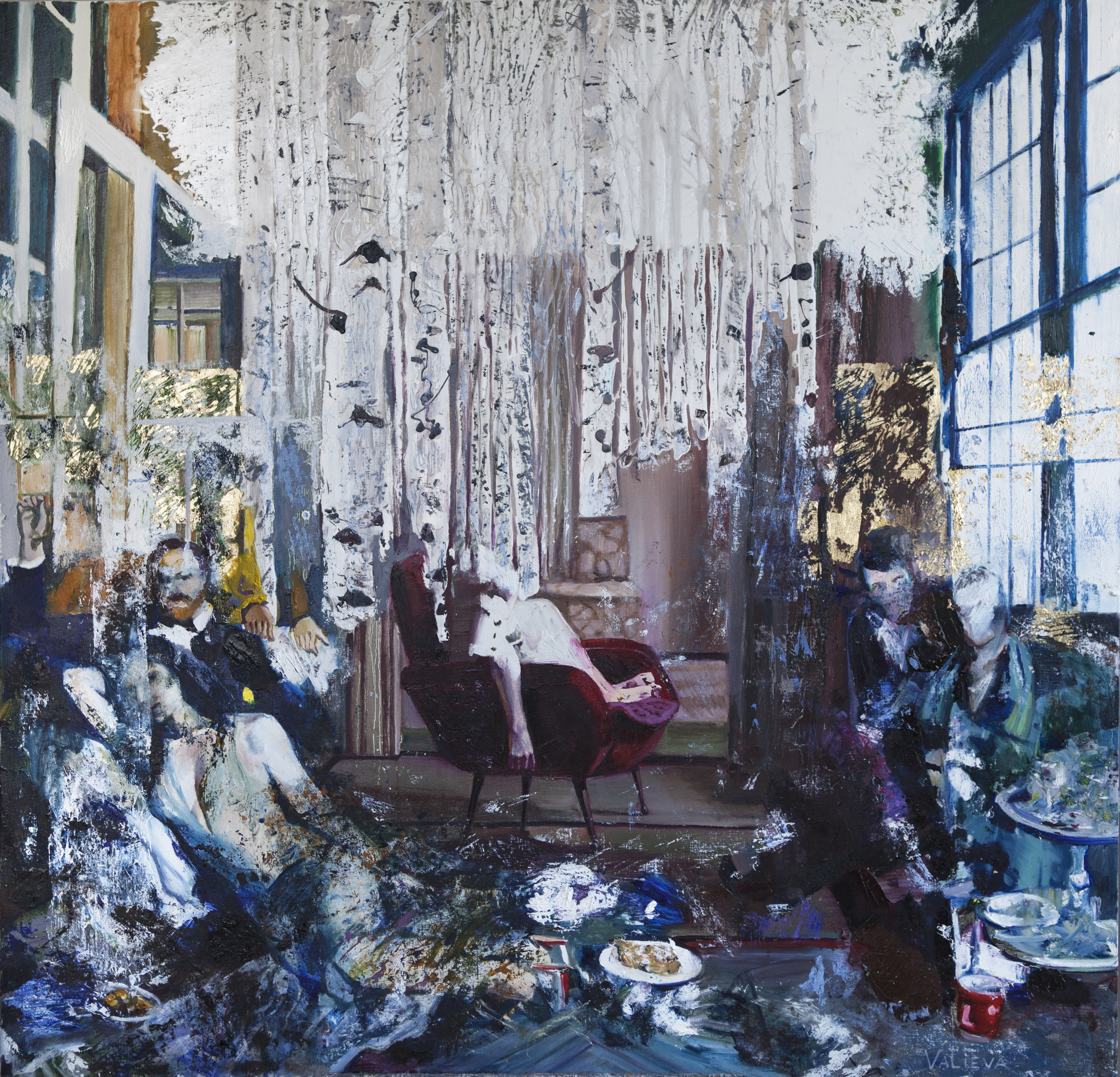 Anna Valieva’s artistic projects present a vivid diversity ranging from the monumental paintings to the installations-sculptures and intimate collages made up of magazine cuttings. The artist is constantly experimenting and every project encompasses both a completely new idea and its implementation by using a new material. Reflections on the current issues of our time are clearly seen in her creative explorations.

Anna Valieva was born in 1984 in the city of Kyiv, Ukraine, in a sculptor’s family. N. Borisenko was her first lecturer. In 2002, Anna graduated from the State school named after Taras Shevchenko and entered the Department of Painting of the Kyiv National Academy of Fine Arts and Architecture, where she studied monumental painting till 2008 at N.A. Storozhenko’s workshop. Meanwhile, Anna’s individual approach started to form as an artist experimenting with such materials as canvas, coal, oil and metal. She has developed her artistic technique based on the use of padding polyester and enamel. Since 2006 Anna has been a scholar of the National Academy and of the Natalya and Ernest Gulak Foundation. Since 2008 Anna Valieva has been acting as a member of the Artists’ Union of Ukraine. In 2016, Anna Valieva’s painting "Madonna with Child» was sold at a Phillips auction for $5 500. During the same year the artist was awarded a price by the Kyiv city mayor for the considerable contributions of the youth made to the development of Kyiv, the capital of Ukraine and a hero-city.

The artist lives and works in Kyiv.