Bacon — Giacometti: Renewal of the Dialogue

The exhibition of Alberto Giacometti and Francis Bacon is currently being held at the Swiss Beyeler Foundation until 2nd of August. Their contribution to the arts of the 20th Century can be hardly underestimated. Its founder, Ernst Beyeler, did a lot himself to the cause of the arts and proliferation of the artists’ names. Thanks to his efforts, works of both Giacometti and Bacon have been included to many museum funds and private collections. Moreover, with Beyeler’s support, a Giacometti Foundation ‘Alberto Giacometti-Stiftung’ has been established in Zürich, Switzerland. 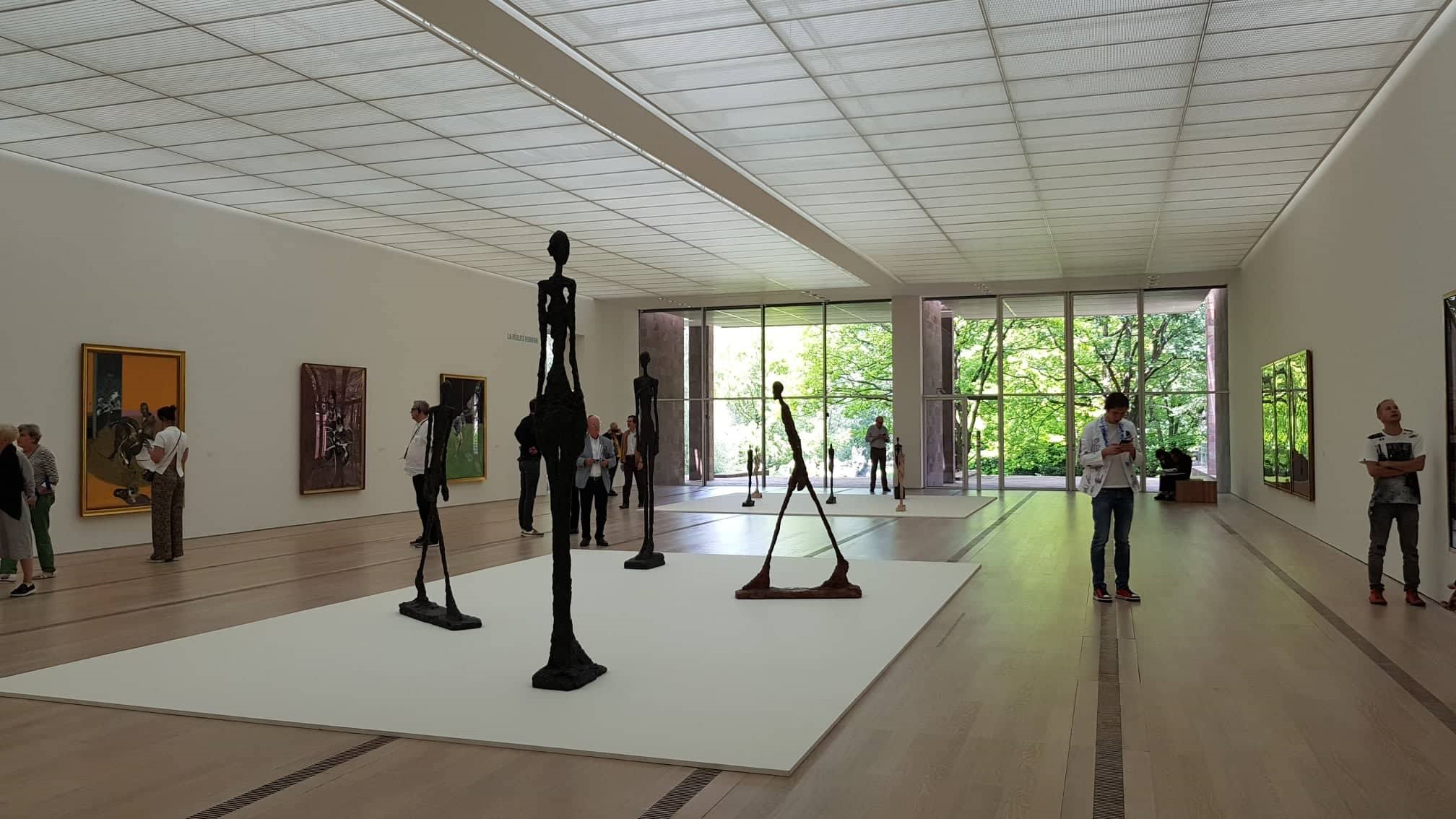 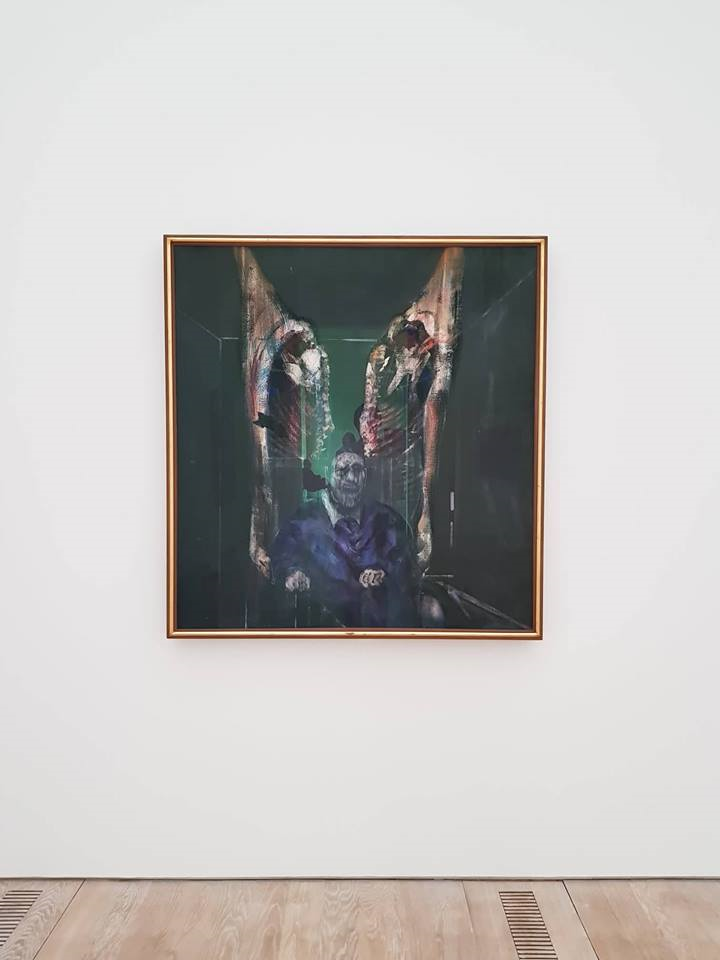 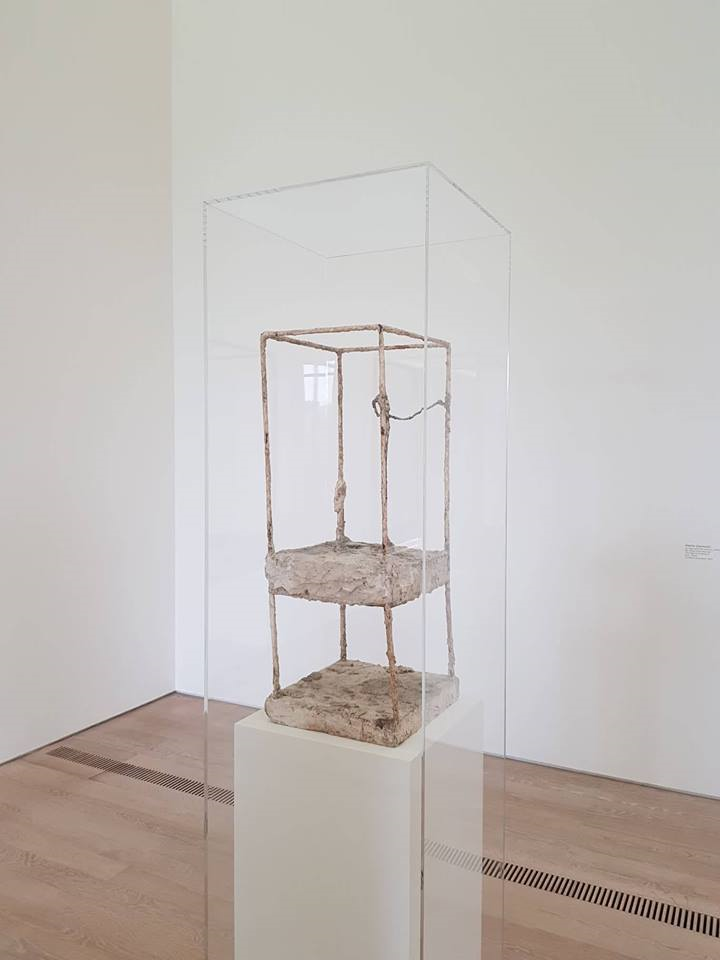 According to one of the exhibition’s curators, German art historian Ulf Küster, aim of the project was not so much to show similarities between works of the two artists, as to demonstrate that two artists have experienced similar artistic challenges. Among such challenges — visualization of space and movement in sculpture and painting, as well as embodying strong, raw emotions, which unveil the dark side of human nature — a subject matter heavily discussed in the aftermath of World War II. 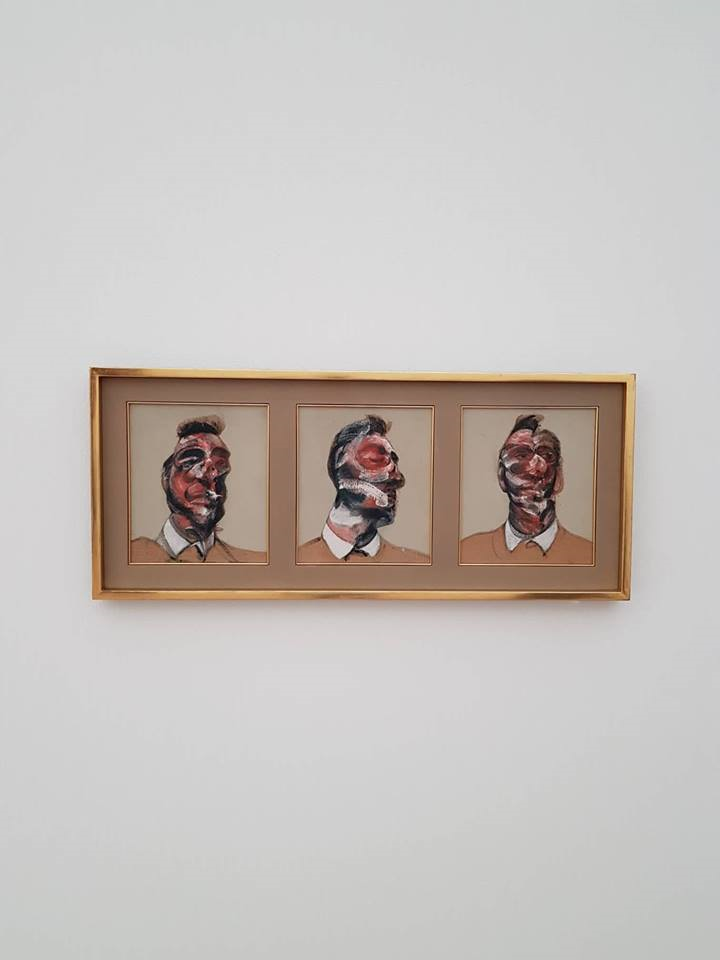 Courtesy of a private collector 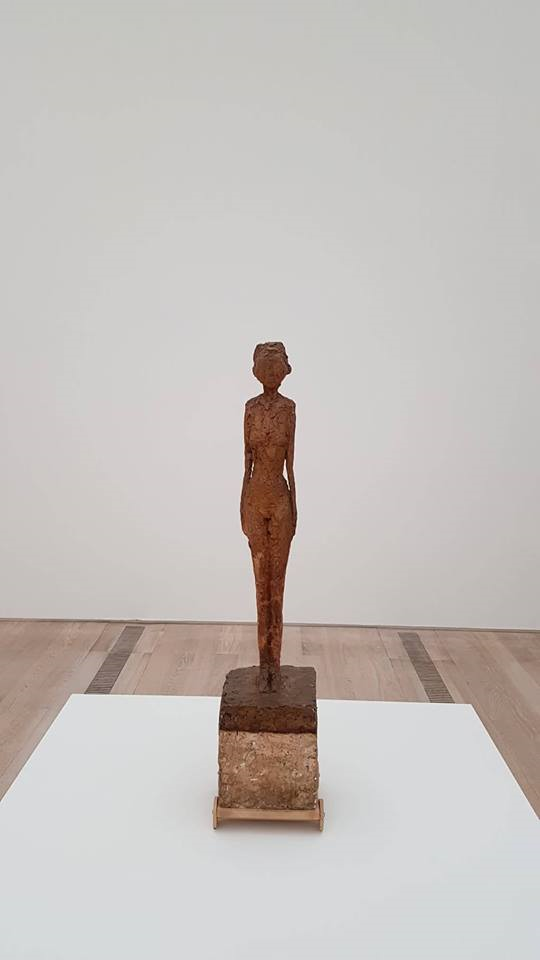 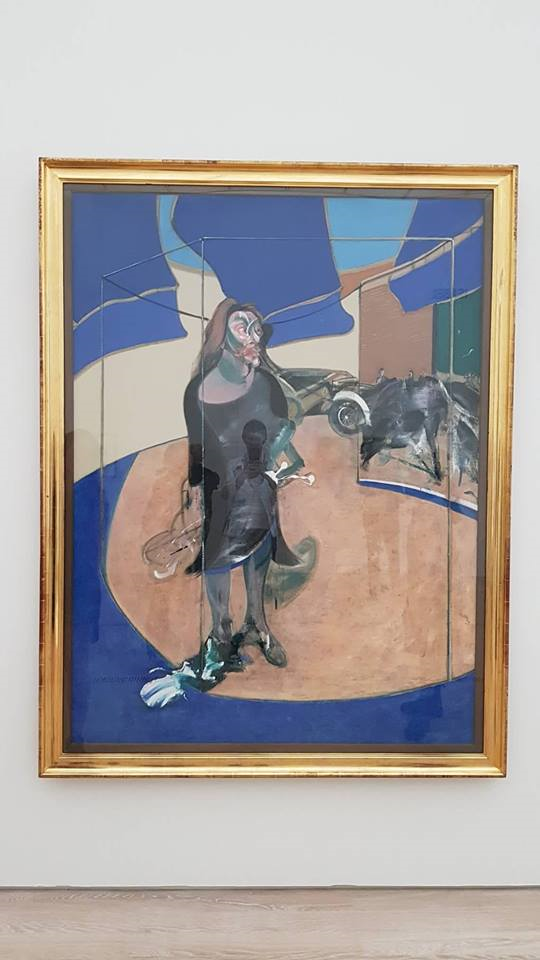 Portrait of Isabel Rawsthorne Standing in a Street in Soho, Francis Bacon (1967)

More than 100 artworks are being displayed in the exhibition, among which are signature works of both authors, as well as pieces that previously haven’t been displayed. Apart from a panoramic view of Bacon and Giacometti oeuvres, visitors also have an opportunity to get to know the artists better. Both halls were modeled after artists’ studios. They were reconstructed thanks to big projections of unique historic photography on walls and floor of the space. An audio guide complements the original concept, therefore visitors can not only see the results of the artists’ works, but also hear Bacon and Giacometti commenting on their works. 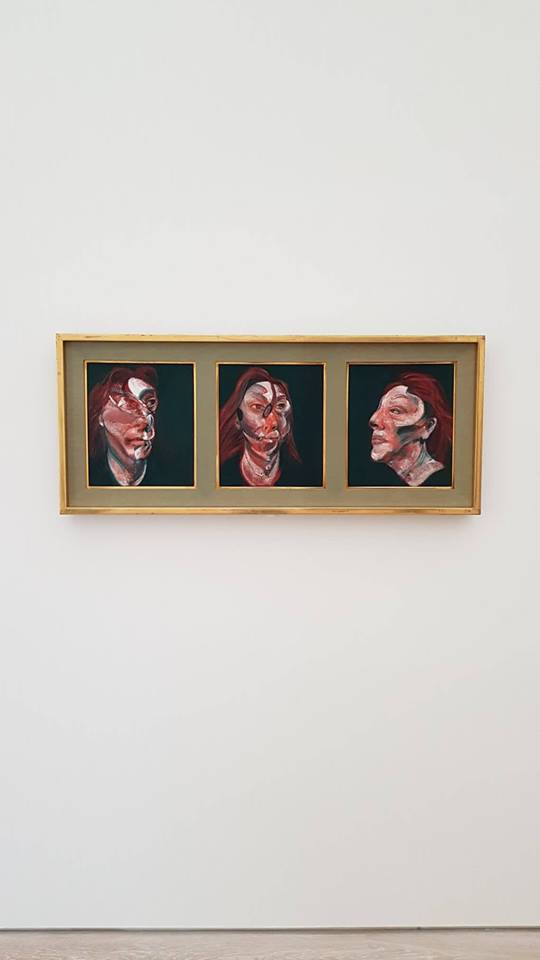 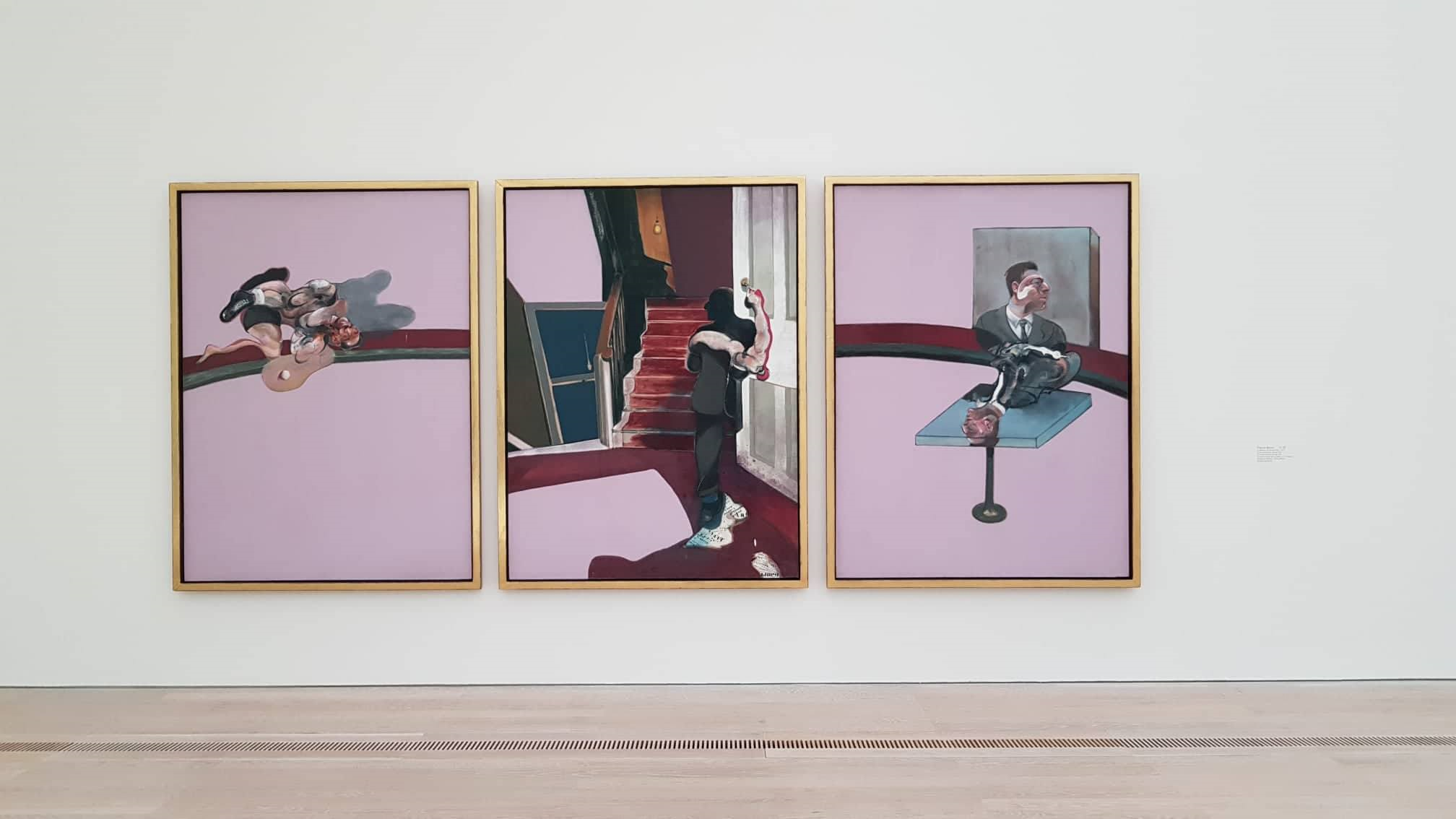 Despite the fact that works of Bacon, similar to Giacometti’s, are far from the traditions of realism, both authors considered themselves as such (realists). Bacon claimed that at the core of his research was a consistent desire to visualize emotions and to register facts. In particular, a fact of dynamism. In his interviews, Bacon often mentions unstable episodes, flat emotions and sensitive areas. He doesn’t consider it as much of a return to the same images or succession as a principle for his works (Bacon’s triptychs), but more as a layering and periodic qualities, which are characteristic of shown figures. Both Giacometti’s sculptures and Bacon’s paintings are images of dense layering of different emotional states. 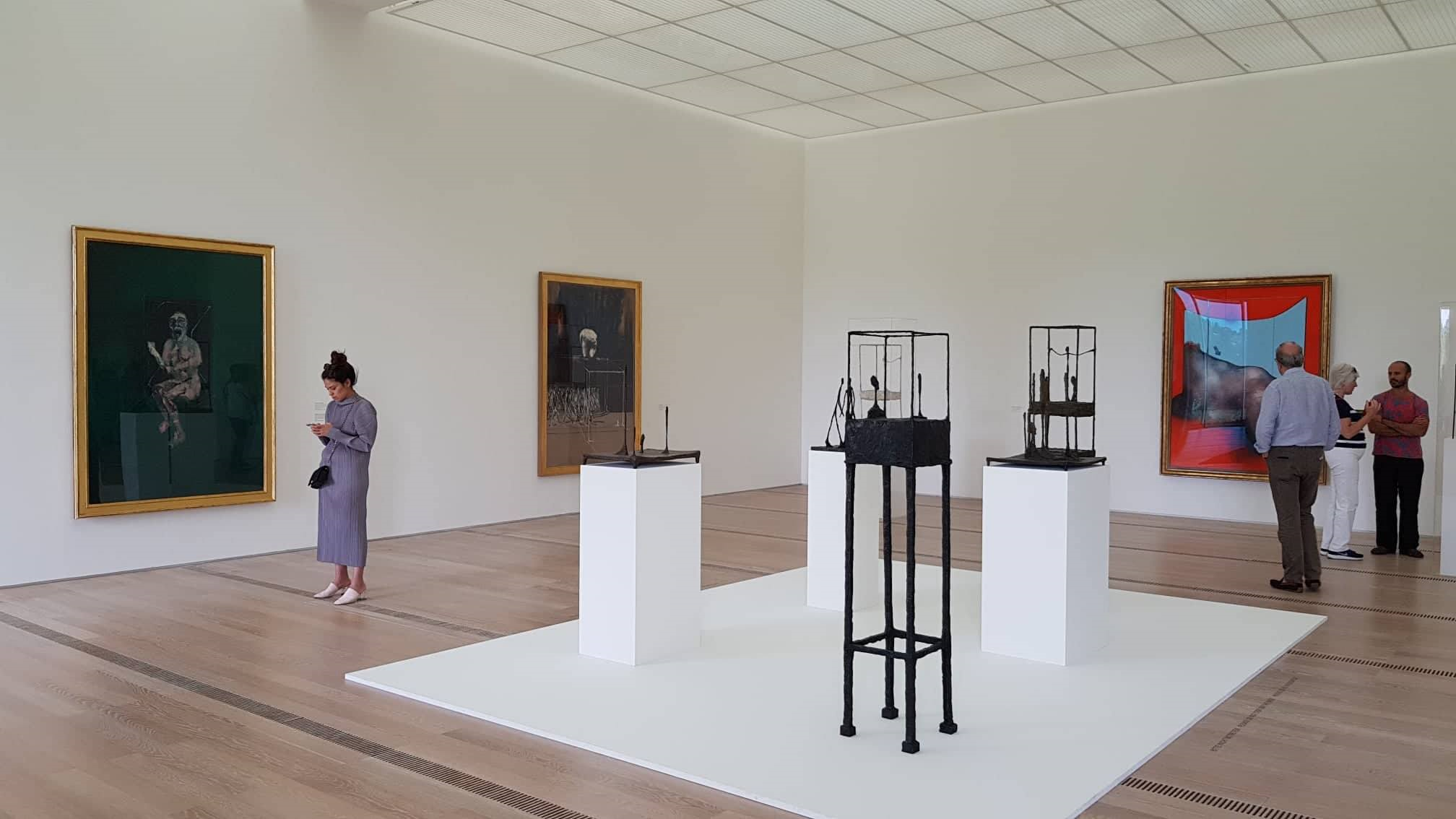 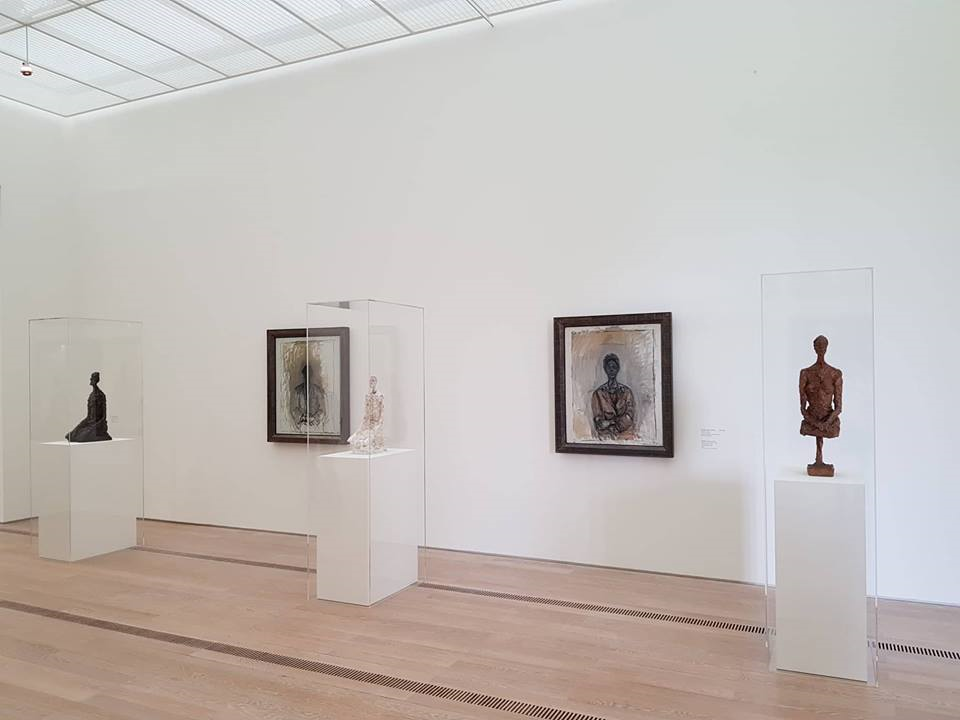 This project is a product of collaboration among numerous institutions and private collectors worldwide. The Beyeler Foundation was the main organizer in collaboration with Alberto et Annette Giacometti Foundation. Apart from the main participants, other museums are MoMa, Georges Pompidou Centre, Sainsbury Centre for Visual Arts (Norwich, England, UK), Städel Museum (Frankfurt am Main, Germany), National Gallery Berlin, Chicago Art Institute, and others.

Exhibition is on view until 2nd of August 2018.